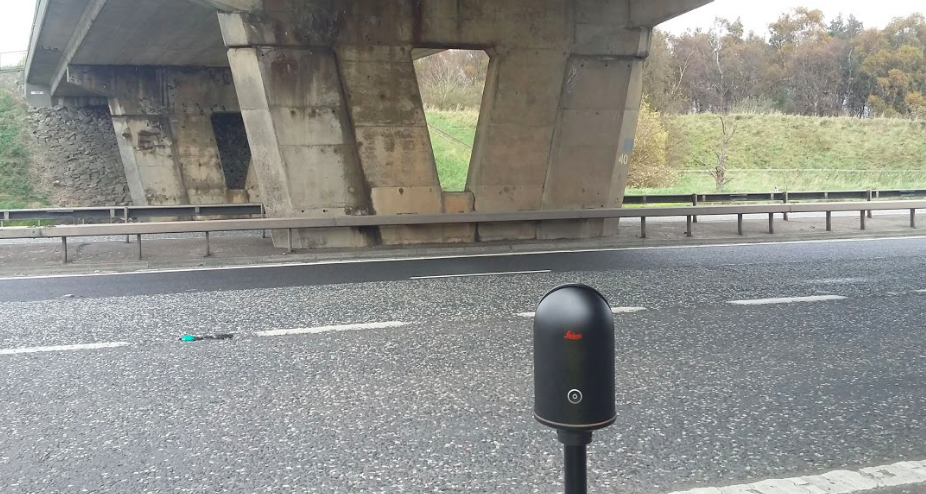 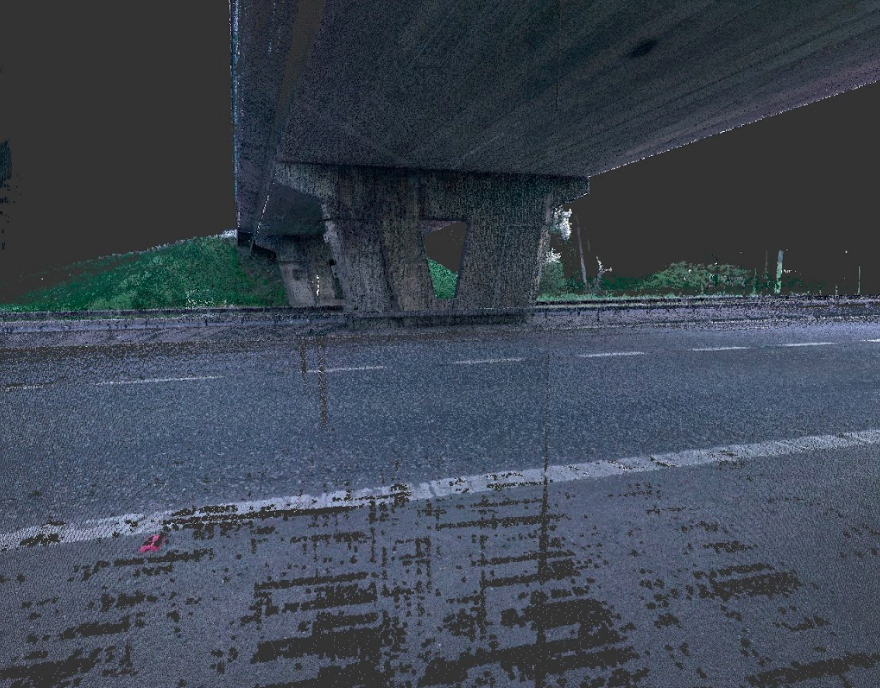 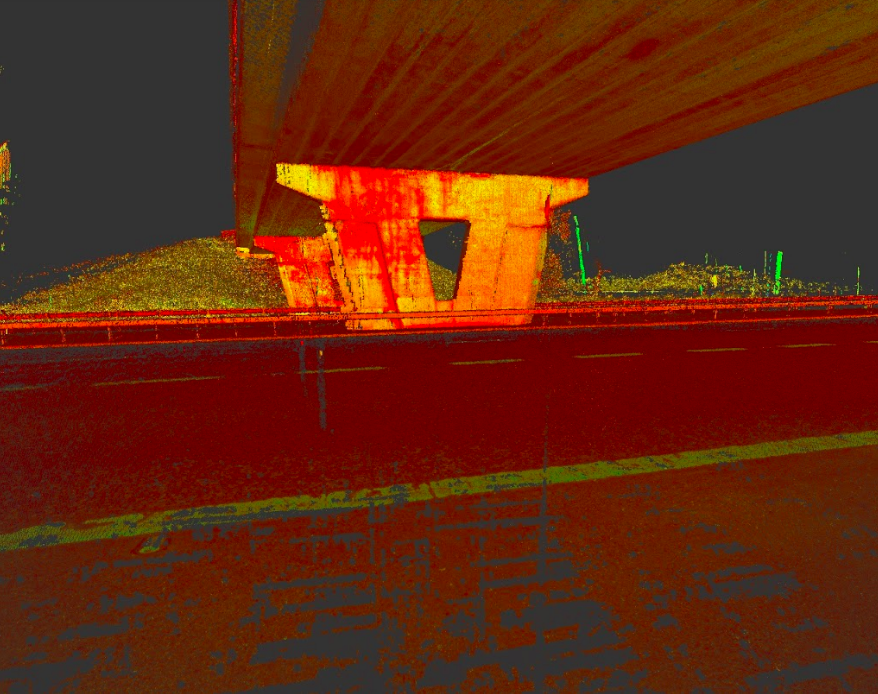 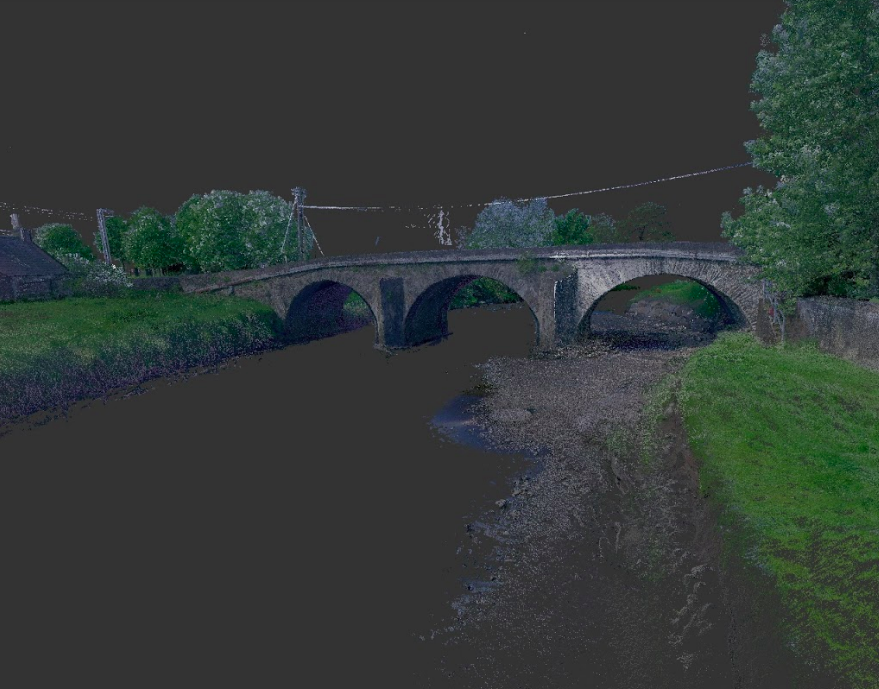 As part of Northern Ireland’s ‘Building a Better Future’ strategy to make it a better place to ‘live, work, learn and grow’, Amey Roads NI (ARNI) was tasked with building, operating and delivering improvements to a strategic road network across Northern Ireland (DBFO Package 2). But managing such a complex infrastructure had its challenges - from costly road closures to interpreting hand drawings from the 1960s. ARNI had its work cut out, so they turned to the latest reality capture technology, the Leica BLK360, to create accurate 3D point clouds and images of their projects.

The complexity of road infrastructure management

ARNI is responsible for 540 lane-kilometres of motorway and trunk road, 140 bridges and ancillary structures. The company employs Amey Consulting to manage the lifecycle risk profile of new and existing highway assets, and to complete surveys of the bridges to plan for essential repair and improvement works, and as part of a regular inspection programme. All the while keeping roads open and structures operational at all times - no mean feat. Any road closures would not only cost the company money, but also take a lot of lengthy planning, not to mention disrupt traffic flow.

The Leica BLK360 imaging laser scanner was designed to specifically address challenges like this. ARNI acquired a BLK360 and started to survey the bridges, create reference models and exact 3D scans to support remedial work and regular safety inspections. Using the intuitive laser scanner and its iPad software, Recap Pro, surveying bridges became a far simpler process. A single worker can park safely on the hard shoulder of the motorway and, at the press of a button, scan the entire underside of the bridge, securing detailed 360 degree, HDR spherical imagery and accurate point clouds in minutes.

The scans provide 3D point clouds and images of the bridges and their surrounds and scan annotations highlight concrete delamination and exposed reinforcement, to help quickly identify the exact location and nature of defects or areas of disrepair, rather than needing to interpret site notes, sketches and images. Design teams use the point cloud in Civil 3D to create surfaces, elevation and section drawings, and plan repair works - including what parts, materials and resources are required - more efficiently. Once repair works are complete, a repeat scan can generate a complete ‘as-built’ record for the health and safety file and can be used to substantiate the completion of works and authorise payments.

Using the BLK360, ARNI can now carry out timely and accurate survey and inspections of motorway bridges. For day to day use, the BLK360 is extremely portable, and the Recap Pro iPad software is very user friendly. Compared to traditional surveying it produces highly detailed and accurate data within each scan.

ARNI recognised that the BLK360 would quickly return a sizable cost saving against the initial outlay. For example, previously, it could cost up to £4000 to arrange a total road closure needed to complete a full bridge survey - and, over 140 bridges, that soon adds up. Using the BLK360 allows ARNI to quickly capture all of the essential data accurately, and without the need for costly and disruptive road closures and traffic management. It also makes it safer for surveyors who can now do their job from the hard shoulder or behind the safety barrier, removing the need to stand in the middle of the road.

The depth of detail captured by the BLK360 surpasses anything ARNI was able to capture previously.  The scans are passed to designers, allowing them to immediately see where remedial work is needed, rather than having to interpret different plans, drawings and notes. “Gone are the days of handwritten notes and zoomed in photographs that no-one can figure what part of the structure we are looking at!” said John Jordan, Lifecycle Project Manager, Amey Roads NI. “The BLK360 has already proven itself as an integral part of our team, and we look forward to continually exploring the possibilities of the BLK360 and identifying new ways it can transform our work, create efficiencies and reduce costs.”

In January John Jordan was awarded the company’s Amey Consulting Award in the ‘Putting People First’ category for his 2018 work with the BLK360. This specific category recognises individuals, teams or projects that have demonstrated the greatest impact on overall employee safety and wellbeing. “The use of the BLK360 technology helped remove surveyors from harm's way on a number of risky jobs, including the DBFO2 work on the motorway,” said John.