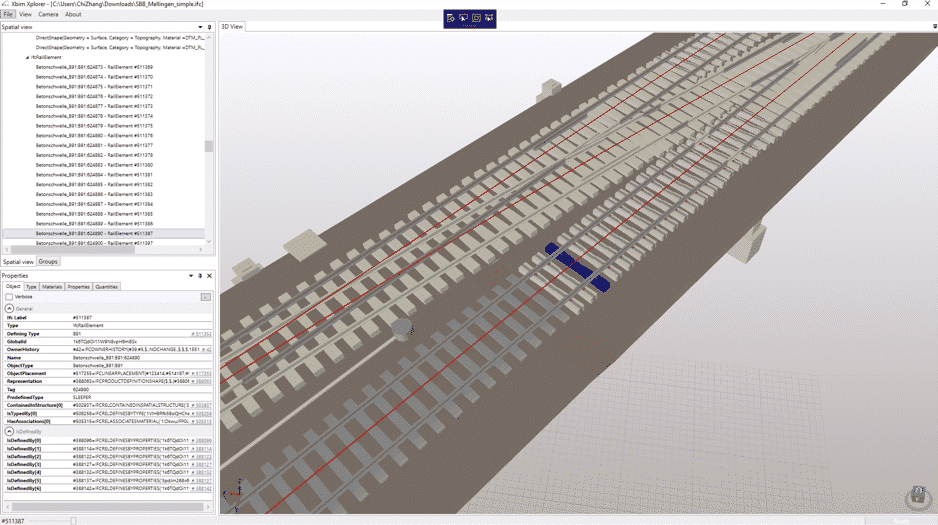 The decision to transform the traditional railway infrastructure into a digital foundation began in 2017 with the proposal of the IFC Rail project. CRBIM and 7 European Rail Infrastructure Managers decided to develop this project under the care of buildingSMART International and taking references from the BIM processes.
The team, made up of around 150 employees from 7 countries and divided into organizational units where the leaders from China and Europe were located, began their work by defining a railway model that would be included in international regulations. From there, their objective was to develop an open and international standard for railway infrastructure that would serve the entire industry and also expand SMART construction systems. The Steering Committee was also defined, comprising SBB, CRBIM, Trafikverket, FTIA, MINnD, SNCF, RFI, ÖBB-Infrastruktur, followed by Bane Nor and BaneDanmark for Phase 2. A group with clear guidelines that aimed and intends to establish a global standard for designing, building, operating and maintaining the railway line.
Effort and commitment has been devoted over the past two years by the project team to the implementation of the IFC Railway Standard. It was successfully delivered to Candidate Standard status under the BSI Process by the end of 2019. In March 2020, the project was able to complete phase 1 and start phase 2 in April.

There is a chronogram that explains how the work team carried out the entire phase 1. Some phases are determined about how the project was concluded and what was its determination process:

In April, Phase 2 of the project was launched with the objective of implementing and validating the format named IFC Candidate Standard 4.3 and moving it to Final Standard status. Once completed, it is intended to be passed to ISO for further publication. The basis for these tests are defined in the so-called history lines that focus on the infrastructure.

The website contains a series of PDFs describing the process and the templates being used in this second phase. It also contains specific information such as the organization and other more detailed aspects. The workflow describes the implementation and validation process and the deliverables exchanged between the different roles. A process that was designed to enable some more effective collaboration between software vendors and project working groups. The team therefore offers support to the Software Providers that will implement the IFC 4.3 standard with the requirements that have been previously established by the project participants.