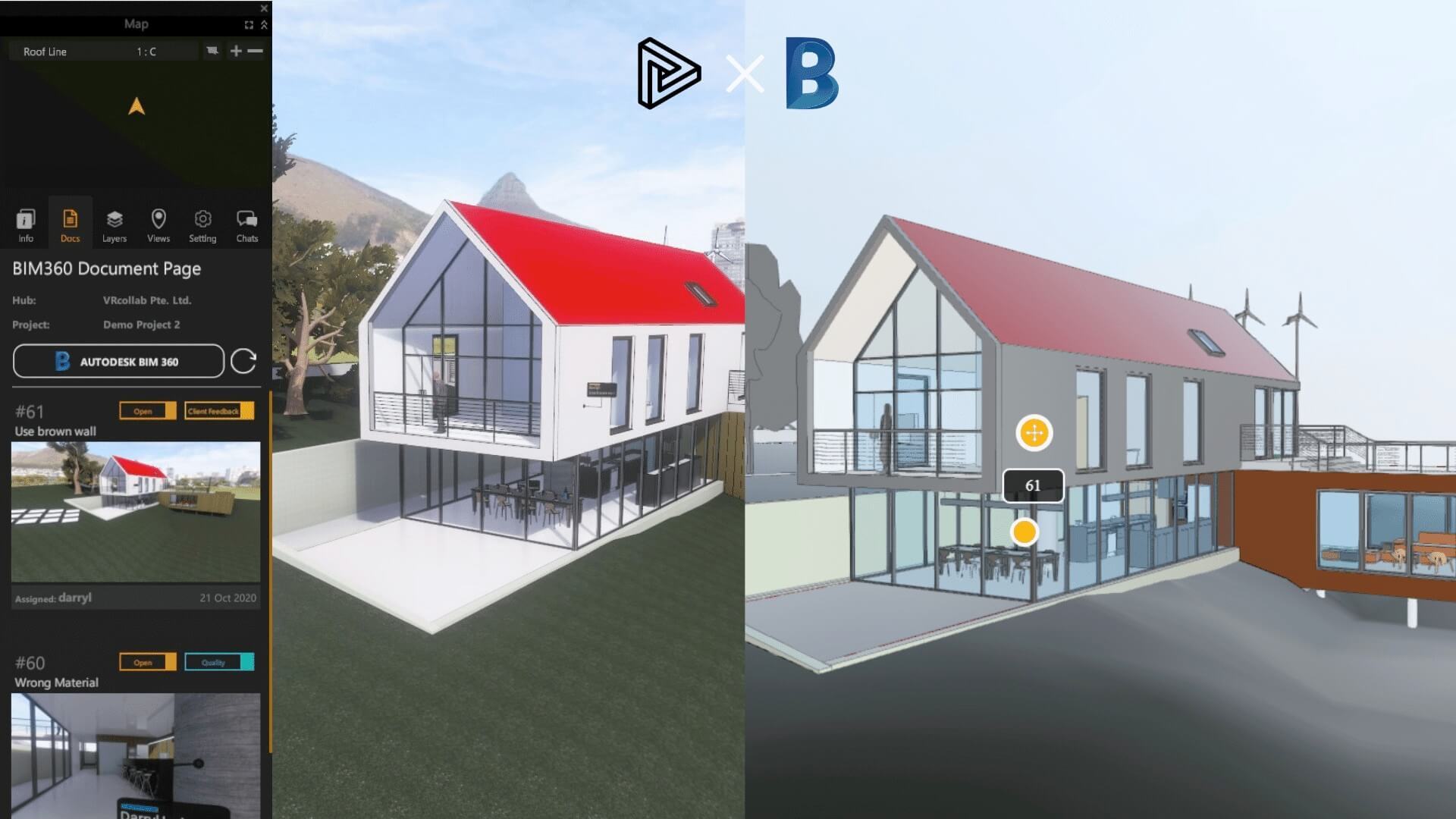 The BIM 360 cloud is a collaborative date environment, (CDE), and sharing tool for many AEC professionals. Now with VRcollab’s v0.10.28 update, you can now experience the optimization of real-time collaboration and seamless issue management in VRcollab at your fingertips.
Users has to first launch a project meeting in VRcollab and create a design issue within VRcollab, it will automatically form a live link in between that issue in VRcollab and an issue in BIM 360. This would result in a live update on the issue details in BIM 360 every time you edit the issues in VRcollab. Vice versa happens on BIM 360’s end - when an issue is generated, there will also be a corresponding update in VRcollab.
The issues created could cover topics like obvious visual disputes, reviewing complicated systems, etc. And they can be previewed, categorized and detailed in both BIM 360 and VRcollab. Issue details consist of creation date, location details, assignment, owner, screenshots and project file. 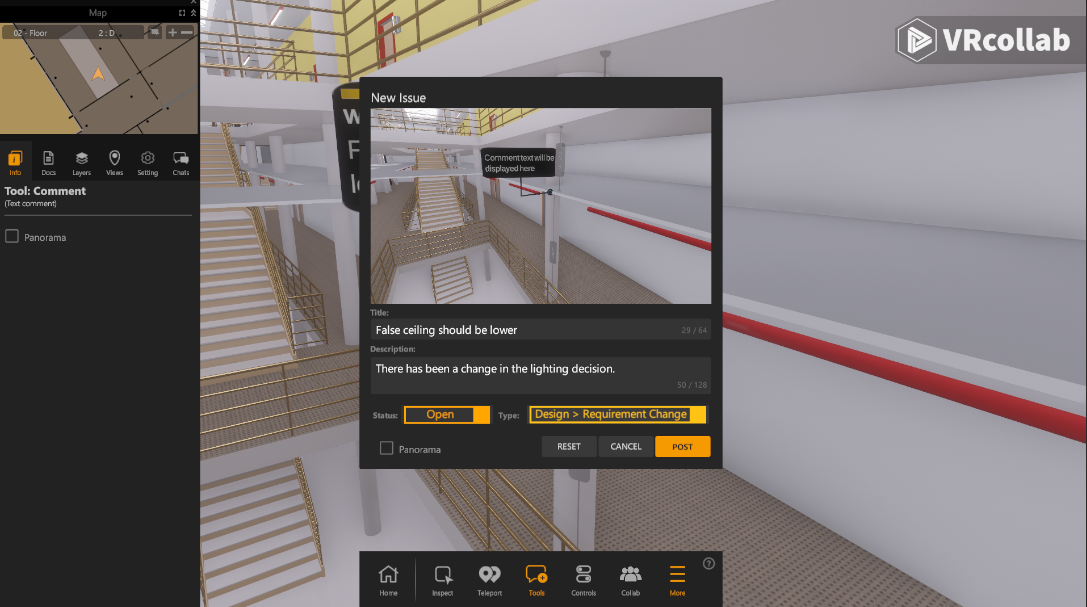 This integration is a next step forward in improving the user flow, design and project evaluation. Gone are the days where project reviews are done via exportation and sending projects through email chains to and fro.

Furthermore, what is great about VRcollab’s BIM 360 integration is that VR headsets are not a requirement for you, your teams' and partners immersive viewing experience and project collaboration. All you need is access a desktop and you are now set to go.

“Having started our core capabilities in BIM to VR solutions, we have since transited very effectively to that of a BIM coordination and stakeholder collaboration platform. Thus it would be a natural step forward to be integrating to BIM 360, having understood that project datas are heading upwards into the clouds.,” says Ryan Liew, CEO of VRcollab.

“Also with lowering margins and many projects being delayed by social distancing regulations in place due to the pandemic; many projects have to become increasingly interconnected through the cloud to even move forward. As such we have seen an influx of demand for our remote BIM collaboration functionality which will be further enhanced by the BIM 360 integration.”

VRcollab model that is successfully connected to BIM 360: 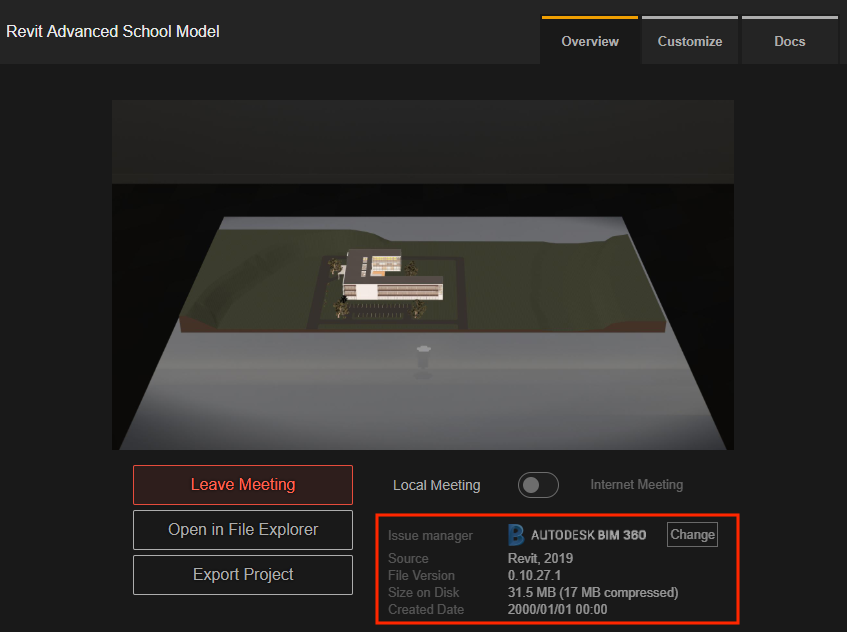 Some of The Key Features of VRcollab’s BIM 360 Integration

VRcollab models to be insync with BIM 360 at all times, providing an accessibility of files to all potential clients and peers.

You are a new user of VRcollab? There will be automatic creation of a trial 7-day VRcollab account when you login using your BIM 360 in VRcollab.

Issues generated in VRcollab will be live linked to issues on BIM 360. This centralizes all the issues created into one cloud. This makes this accessible to all your clients and peers that has access to that same cloud.

Now you can see a detailed description of issues created before even launching the software. This is possible with the preview window of BIM 360. The preview will also display issue details like creation date, location details, assignment, owner, screenshots and project file. This improves user flow.

On BIM 360’s end when an issue is generated, there will also be a generation of that same issue in VRcollab. BIM 360 icon in VRcollab Issue card redirects users to BIM 360’s issue detail window.

Visit and learn more here at VRcollab’s BIM 360 integration.
For more information on how VRcollab can help you improve your BIM coordinations and design reviews, email us at info@vrcollab.com

CYPE presents its programs in the US Open BIM

This is the tool Cypetherm Hvac, a computer tool that allows the analysis of thermal loads

The Digital Supply Chain in the AECO sector