Infographic: What is Reality Capture? 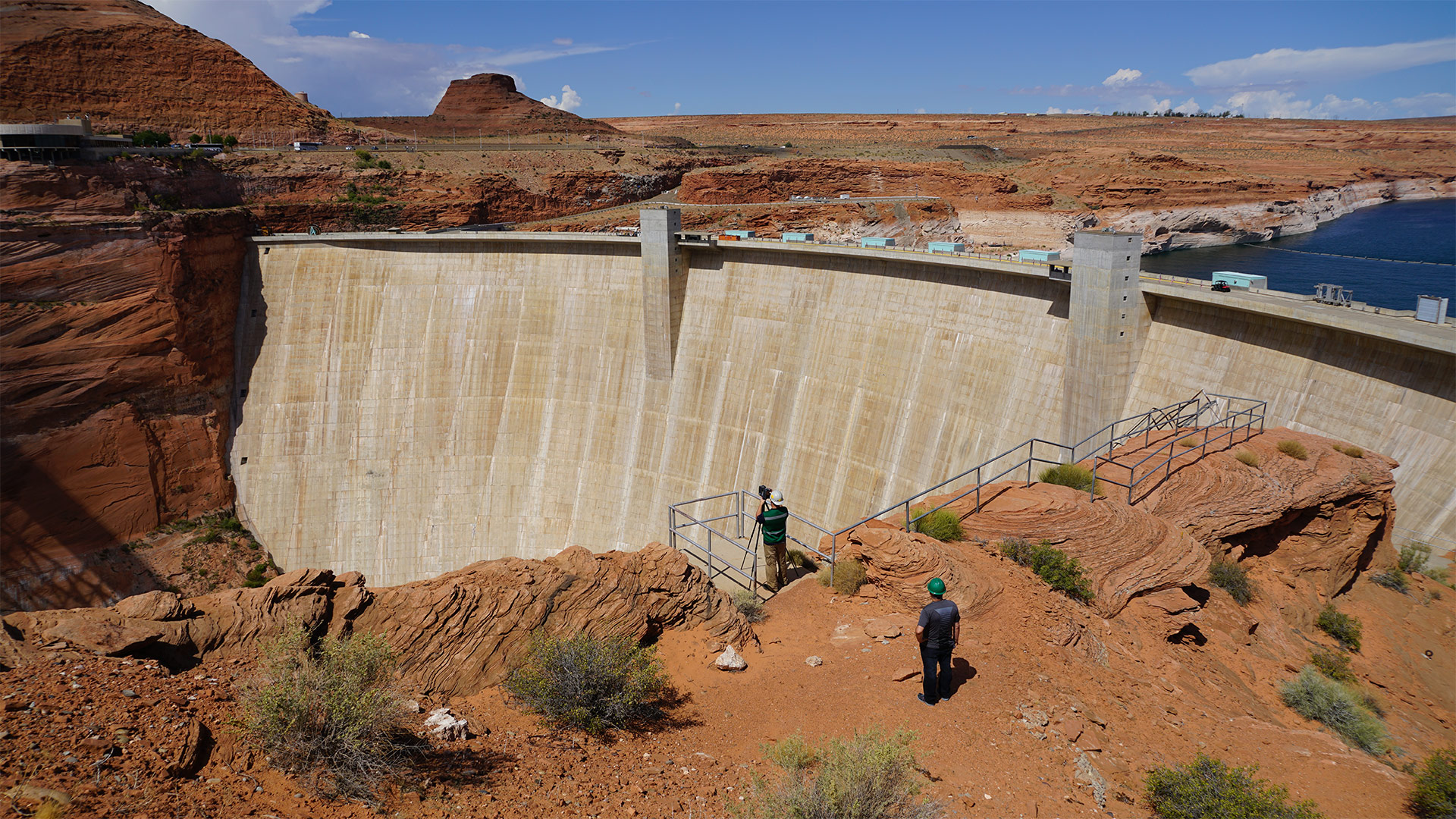 Country: India
For centuries, builders, architects, and engineers followed the traditional method of capturing site conditions — generally involving a level, a tape measure, a theodolite to gauge horizontal and vertical angles, and a lot of number crunching. It’s a tedious, time-consuming process for surveyors to collect data point by point. The outcome is documentation that’s often incomplete or inaccurate.
Why is this a problem? Growing numbers of public buildings and infrastructure around the world are aging and in danger of failing. Many were built before CAD, using traditional survey methods, and it’s difficult to manually cross-check old paper blueprints with real-world site conditions to get repair and rebuilding efforts underway.
Reality capture — the process of scanning an object, building, or site and producing a digital model representation — allows today’s builders to capture site data quickly and more accurately than ever before and connect it directly to the digital design process. The result is a comprehensive 3D model based on millions of data points mapping the entire site, whether it’s a building renovation or an infrastructure project, often including a look at the systems that function below the surface.
Here is an introduction to the tools and techniques of reality capture, showing how this technology was used to protect the aging infrastructure at Glen Canyon Dam.

Thousands of dams were constructed all over the globe after World War II, before the dawn of computer-aided design (CAD). Built without digital models, the task of maintaining and protecting these designated critical-infrastructure assets-and the people they serve with water and power-is difficult and costly. But it’s becoming more urgent in a era of escalating climate change.

Enter realilty capture: Through technology, civil engineers can collect highly detailed data, create 3D models, and use them to repair and maintain dams for hundreds of years. 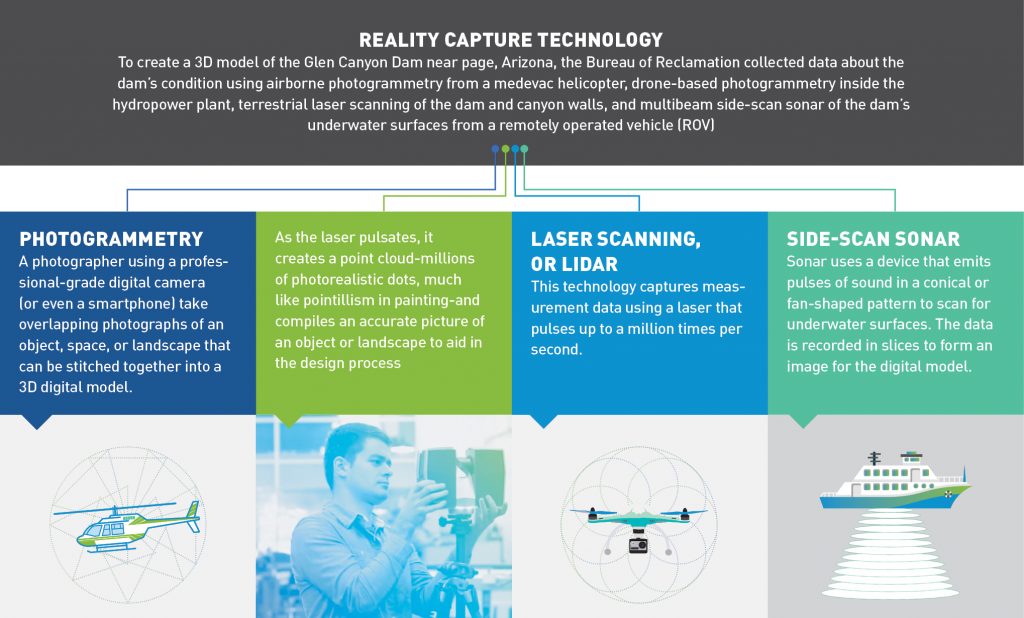 Dams around the world

There are more than 800,000 dams (58,519 of them large dams) on the planet. More that have operated for more than 50 years and many need maintenance and repair. Here’s snapshot of five large dams on four continents that could be better maintained with help from reality capture technology. 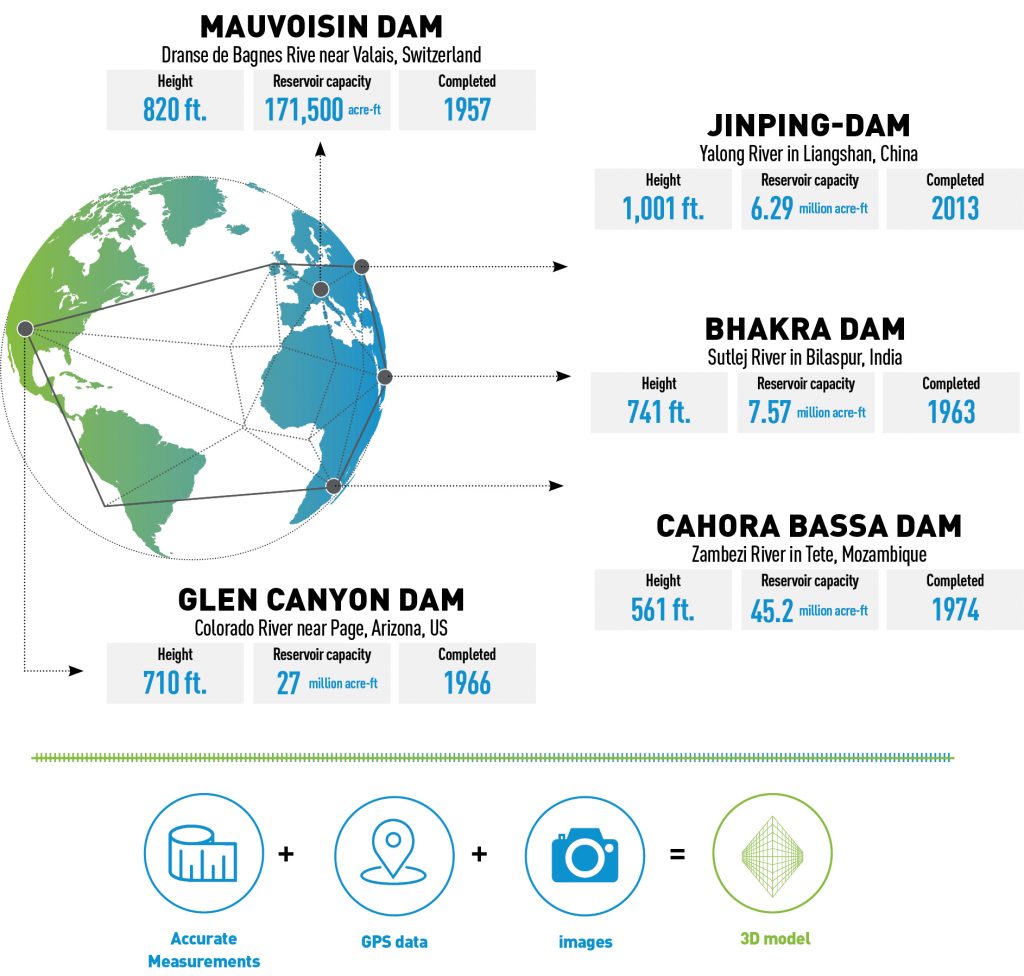 Once engineers capture accurate measurement, GPS data, and images, they can use the information to create a 3D model. Then they can merge the model with real-time performance data, which becomes an invaluable tool for dam operators to manage facilities, identify issues, and mitigate risks.

AI City, the futuristic Chinese city powered by new technologies such as AI, GIS or BIM