How to drive consistency, efficiency and productivity in the Irish construction industry 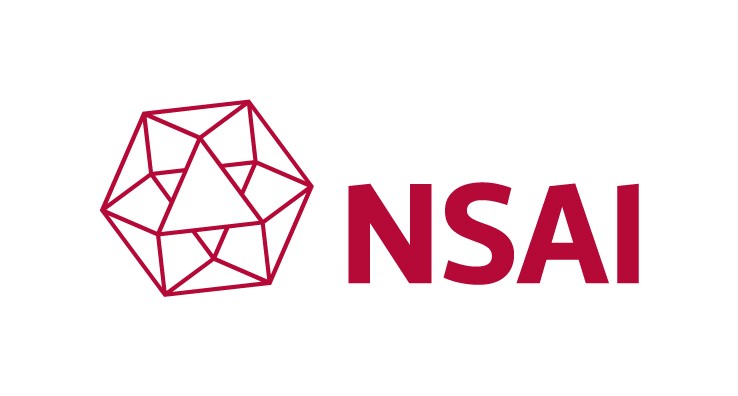 The NSAI acknowledges the recent publication of the National BIM Council’s:

The NSAI welcomes the recognition in these strategy documents, of the key role that “Standards” and “Certification” will play, to drive consistency, efficiency and productivity in the Irish construction industry. This has raised some enquiries about what standards are currently available for use, and what the NSAI are doing in relation to BIM. This information paper aims to provide some interim guidance on BIM standards for organisations, while the government strategy is implemented.

What is the NSAI position on BIM Standards Development?

In 2016, the NSAI established a national mirror committee for BIM, to monitor standards development work already being carried out by the European Standards Committee for Standardization (CEN) technical committee CEN/TC 442, as well as the International Organisation for Standardization (ISO) technical committee ISO/TC 59/SC13. Under EU regulations, once CEN begins working on EU standards, members states are precluded from developing or maintaining conflicting national standards, but can actively participate in, contribute to, or monitor, the work at CEN or ISO level. Since there are currently no national standards in this area, NSAI will not be developing any new national standards, but will continue to contribute to the work at CEN & ISO through the national mirror committee.

What do BIM standards cover?

Why are BIM Standards Important?

As the NBC’s “Roadmap to Digital Transition” correctly points out, “…a highly efficient digitised planning, design, construction and built asset or property real estate sector, will depend on highly standardized “machine readable” data. A common agreement (standard) between all of the various built environment stakeholders is required, on how to describe all elements of buildings or infrastructure, from the macro level, down to individual building products, in a common data language. This should be open, vendor-neutral, and in line with best-practice international and European standards, to allow Irish companies to work and compete at a global level”.

What standards are currently available to use?

The European Committee for Standardization (CEN) have already adopted three international standards (ISO) for building information, as listed below, which are now de facto Irish Standards, under EU regulation.

In the broader terms of managing built or property assets, it is suggested that ISO55000 “Asset Management” may be the most appropriate overriding standard. This has driven the development of standards in the United Kingdom over the past number of years, for managing the “information” about buildings, or built infrastructure, for both the capital delivery phase (design/construction), and the operations phase.

Some of these UK standards above have been made these freely available to industry through UK government sponsorship.

Why use UK standards in the interim period?

The development of further standards for BIM at ISO and CEN level, is currently in progress, and until these are officially adopted as European Standards, the UK standards above would be the most appropriate to use in Ireland in the interim period, because;

Technical committee ISO/TC 59/C 13 are currently in the process of developing ISO 19650 “Organization of information about construction works - Information management using building information modelling”, which is broadly based on BS 1192 and BS PAS 1192-2, but it is still in draft phase. This work is being done under the “Vienna Agreement” between ISO & CEN (i.e. CEN agree to contribute to the work of ISO, and not to duplicate the effort, or develop competing standards). Once ISO 19650 is agreed and accepted by CEN, it will become a European, and by extension, an Irish standard (as noted above, once CEN adopts a standard, the NSAI are precluded from developing or maintaining a competing national standard).

The development and adoption of ISO 19650 may take another 1-2 years. In the meantime, it is suggested that BS PAS 1192-2, and BS PAS 1192-3 would be the most appropriate standards to use and reference in Ireland. These were adopted by the RIAI (Royal Institute of Architects of Ireland) in 2013, and by the Construction Industry Council (CIC) of Ireland in 2015. The CIC represents the 6 main professional bodies in the Irish construction industry, including the Royal Institute of Architects of Ireland (RIAI), the Construction Industry Federation (CIF), Association of Consulting Engineers Ireland (ACEI), Engineers Ireland, Society of Chartered Surveyors of Ireland (SCSI), and Building Materials Federations (BMF), which forms part of the Irish Business and Employers Confederation (IBEC).

Using and adopting the UK standards in the interim period, will bring organisations much closer to the final outcome of ISO 19650, once that work is complete, and the transition to ISO 19650 will be easier, compared to disregarding the use of standards for the next 1-2 years.

BS PAS 1192-2 specification for information management for the capital delivery phase, would be the most appropriate standard to manage the planning, design, procurement and construction of built assets, and BS PAS 1192-3 specification for information management for the operations phase, would be the appropriate standard for the operations, property and facilities management of built assets. Both BS PAS 1192-2, and BS PAS 1192-3 refer to BS 1192 code of practice for the collaborative production and management of architectural, engineering and construction Information. The other UK standards listed above may also be relevant.

How does Brexit affect Ireland’s use of UK standards in the interim period?

The UK (through the British Standards Institute, or BSI) are actively involved in both ISO & CEN committees, and as noted above, there is an agreement between CEN & ISO not to duplicate effort or develop competing standards. Also, as noted above, the development of the ISO 19650 standard has been initially based on the UK standards.

The official statements from BSI regarding Brexit are to the effect that:

Nevertheless, should BSI be excluded from work at CEN in the future, they will continue their involvement with the International Organisation for Standardization (ISO), who are developing the ISO 19650 standard.

NSAI have requested, through the relevant Irish Government departments, that the UK produce a Brexit related position paper on standardization.

If you, or your organisation have any particular queries in relation to BIM standards or certification, please feel free to address these to the contacts listed below. Equally, if your organisation wants representation on the National Mirror Committee, and have the technical expertise who would like to participate in, and contribute to the work of monitoring and evaluating the standards being developed in Europe or internationally, please let us know.

What does an industry need to become a digital industry?

Integration of the EpCu in THE BIM GAME