BIM on the high-speed rail network (HSR) in China 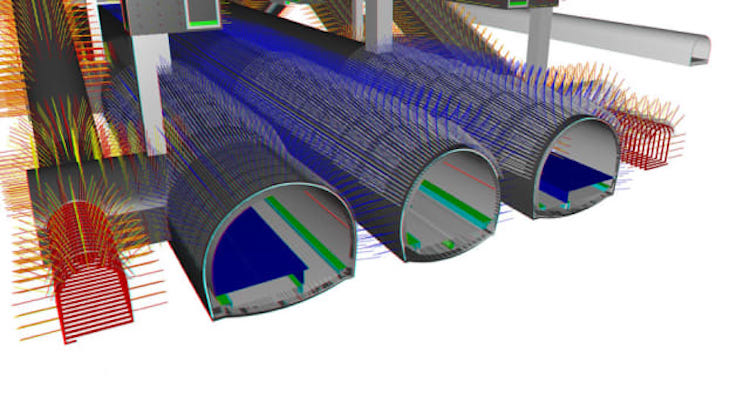 High-speed rail (HSR), also known as bullet train or fast train, is land transport that can reach maximum speeds of between 300 km/h and 350 km/h. China is one of the most advanced countries in terms of the development of the high-speed rail network. In fact, the 2019 data maintains it as the longest in the world and the most used with a length of 35,000km. About 2800 pairs of trains run daily and connect with 550 cities in the country. Among them is the longest line Beijing-Hong Kong which extends 2440 km. Last year, the CRRC railway company also presented a prototype magnetic levitation train (maglev) designed to reach maximum speeds of up to 600 km/h.

BIM and Bentley software on the Beijing-Zhangjiaokou line

Of all the HSR lines that make up the high-speed rail network in China, one in particular has been characterised by the use of BIM methodology for its entire life cycle. That's Beijing-Zhangjiakou. The 171-km course was built specifically to facilitate the movement of people during the 2022 Winter Olympics. It was done using Bentley software aimed at improving design efficiency. The construction company China Railway Engineering Consulting Group Co. (CRECG), who commissioned the software, stated that BIM reduced the design time to 3 months and costs to ¥3 million.

The main benefit of using the Bentley Connected Data Environment was the willingness to link different disciplines into one project so that they work through a centralized information and document management system. On the other hand, CRECG also tested and saw results in terms of: the ability to optimize land use, which could be modeled more efficiently thanks to the use of standardized and intelligent components, and the performance of other tasks such as collision detection. As features, the line has 10 stations, 10 tunnels, 64 bridges and 71 underground sections that include those more complicated structures built in complex geographical areas. 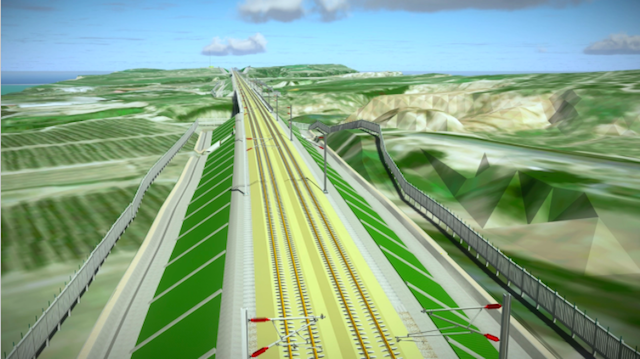 The construction company CRECG, considered one of the largest construction and engineering contractors in the world, also designed the Dali-Ruili railroad bridge, considered the most extensive globally, and the Gaoligong mountain tunnel, the longest in Asia comprising 3400 feet and 21.4 miles. 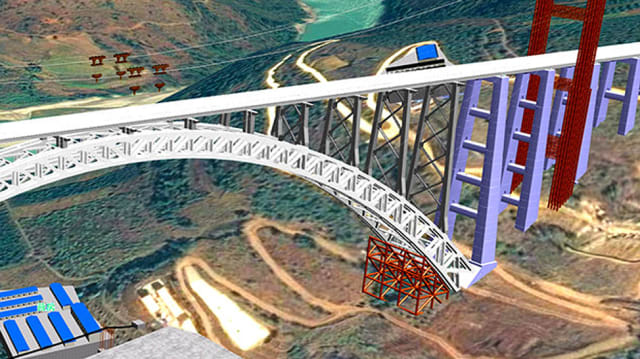 During construction and to handle the most complex areas and terrain, the team wanted 3D models of geology, bridges and tunnels and did so using the following software: ProStructures for the steel truss bridge, OpenRoads in the PowerCivil software for the tunnel layout, MicroStation for the foundation and terrain, LumenRT for the 3D image processing and ProjectWise for the collaboration. Thanks to this, the project could be completed 100 days ahead of schedule.

One of the reasons why pressure has increased on HSR construction is because of the climate benefits it brings. The climate crisis is forcing the international community to reduce greenhouse gas emissions by at least 45% in less than 11 years. The development of new infrastructure such as HSR could be one of the ways to address the existing ecological problem.

Environmentalists argue that HSR can become more sustainable than current road and air transport. In fact, intercity air travel in the country was reduced because HSR welcomed twice as many passengers per month in comparison. These figures seem positive in terms of reducing the impact of travel on global warming. However, there are still many aspects to be worked on.

BIM in the World | BIM, as an opportunity for the Argentine government to show transparency

Expo 2020 Dubai Brings the World Together