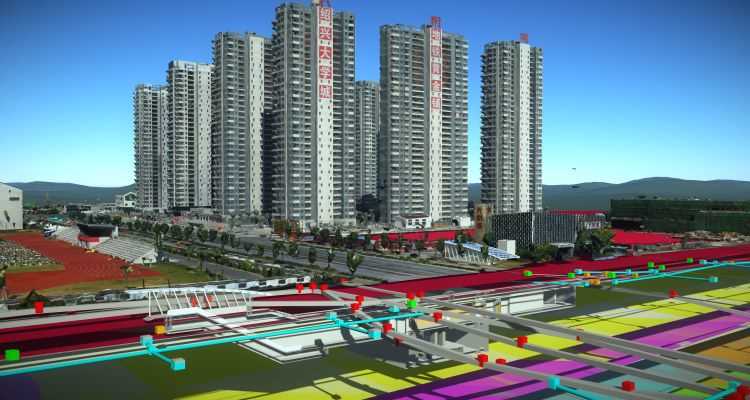 Shaoxing Urban Rail Transit Line 1. This is the name of the largest infrastructure project in the history of Shaoxing, a city located in the Chinese province of Zhejiang, known to many as the "Eastern Venice".

The transit project began in 2017 with the following construction features: 34.1 km in length, 24 stations, 25 sections, a depot, a car park, two main substations and a control centre. The plans were entrusted to Huadong Engineering Corporation Limited (HDEC). This company has developed the digital engineering of the line including management, general consultation, survey, design, construction and transfer to operations and maintenance. The project is expected to take 54 months to complete and operations are estimated to start in 2022.

The challenge and progress of the project:

There were several problems at the beginning of the project: the limited underground space, the unfavourable environmental conditions, the different technical interfaces that emerged in the design and construction process as well as the cooperation and collaboration between the departments and between the cities of Hangzhou and Shaoxing. The latter is due to the intercity rail transit connection between the two.

Definition of the main problems:

The hydrogeological conditions were complex and accompanied them along the corridor of the line construction. The soft soil was thick and therefore they had to pay double attention to safety in the foundation pits, long-term settlement and water leaks that occurred through the design and construction process.

The planning of the project and, above all, the organisation of traffic also posed a problem, which they had to overcome with various computer programmes. The fact is that the railway passes through the old part of the city where the roads are narrow and where there are large traffic flows, waterways, 26 bridges, 2 railways and areas of both cultural and historical protection. Therefore, the location and composition of the existing infrastructure did not help the planning and implementation of the project.

Finally, both the technological and interface standards (vehicle selection, organisation of operations, communication networks, etc.) had to cover the entire line, including its dual function of serving local passengers and connecting to the city of Hangzhou.

Definition of the main developments:

Both because of the problems encountered and the tight deadlines set (short time and several difficulties), HDEC clearly saw the need to improve both the efficiency and the quality of all project processes. From design to the transfer of the railway line to operations.

Traditional processes were not going to be effective in this project and they knew that they needed to adopt new, more advanced and above all, more digital workflows. So they turned to digital twin technology. They applied the open, collaborative design of Bentley Systems and their existing iTwin platform.

They used aerial photography within ContextCapture to create a 3D reality grid to visualise more realistically the landscape conditions, architecture and road network that make up the city.

In addition, they developed GeoStation®, a 3D geology software based on Bentley technology. This, together with the underground services within OpenRoads was used to create an integrated BIM model of the route and for tasks such as metro crossings and underground pipe modelling.

iModel technology, also provided by Bentley, was used to integrate the BIM models into areas where the line passed through or was adjacent to key buildings or structures. These models were created by various disciplines involved and included data that had not only been generated by Bentley software.

Finally, iTwin technology allowed them to work with dynamic and static data, and the fact that each participant could collaborate on a 3D view shared by all those involved enabled HDEC to improve many management activities (such as quality, safety or costs).

"This innovative approach, which included the use of Bentley's open applications, a connected data environment and iTwin technology, meant that we had greater control of all elements within the project, and is helping to ensure that our high-quality design is transferred to a higher standard of construction and will ultimately result in improved levels of operation once the railway is completed. Said Yexing Zhang, CEO of Zhejiang Huadong Engineering Digital Technology Co., Ltd., POWERCHINA Huadong Engineering Corporation Limited. 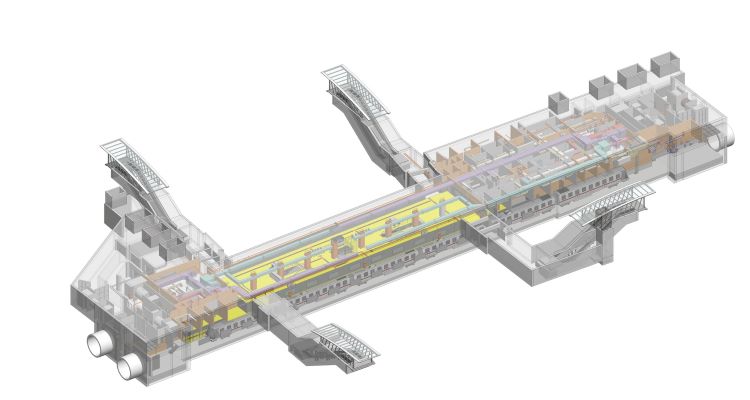 Results of the project

As a result, the integration of innovative building technologies and software and therefore the transfer from a traditional to a digital method resulted in two main benefits: time savings of more than 800h of data collection and investment savings of 3 million CNY in hours of resources. And this was thanks to the integration of all the models (prospecting, geology and pipelines) together with the three-dimensional design of railway planning.

Benefits of data and workflow management

-Urban spatial data and planning of the surroundings: allowed to complete the exploration of the route, to establish the location of the stations and to organize the civil construction.

-BIM data and automated monitoring technology: allowed real-time analysis of the impact that construction is having on the environment They were able to deal with 100 abnormal events that could have impacted negatively on the project as a whole in the city.

-Digital work flows: in the design phase it meant the elimination of traditional methods improving the efficiency of this process. In addition, problems were eliminated and higher quality products were created.

In conclusion, HDEC enhanced and obtained the full value of the data by synchronizing and working with the involvement of: real-time analysis, multi-source processing (BIM, GIS and IoT), cloud computing, artificial intelligence (AI) and augmented and virtual reality (AR and VR). Furthermore, thanks to the transfer of digital assets without any error or inconvenience, the foundations are being laid for the creation of a digital railway twin that will be used in the final phases of the project.

3D BIM Modeling with LOD-300 for a Public Park