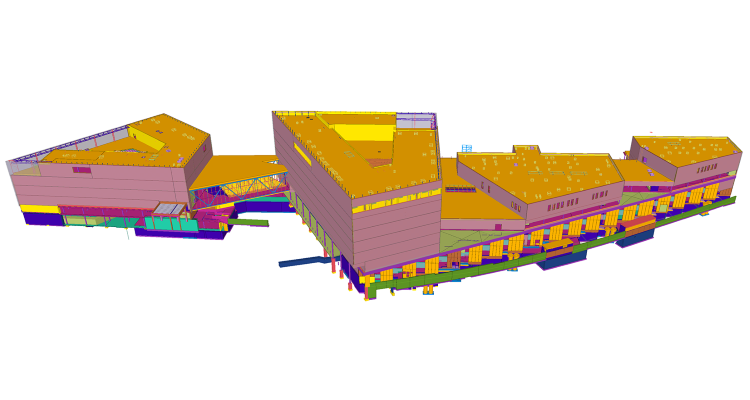 Hospital Bridge is a public construction project located in Finland and is considered to be the largest project of Helsinki University Hospital so far. A new structure that aims to replace Töölö Hospital and part of the Oncology Department and to join Meilahti Tower Hospital and Meilahti Triangle Hospital, both in terms of activities and facilities. Together they will form a uniform functional entity.

The design of the hospital began in 2016 and construction began in 2018. They established a 4-year schedule since their method of development, called the Great Hall which brings together planners, clients, users and contractors on a regular basis, allows them to carry out planning and construction work simultaneously. In addition, the fact that the hospital is being built in blocks makes it possible to install equipment and accessories even before the building is completed.

BIM during the project

For a project with 16 different planning fields and 194 sub-models, efficient information management is essential. The role of construction information models has been present during the project design process both in terms of coordinating disciplines and visualizing solutions to project parts.

In cases of elements such as fire safety doors, they have been tested using software. This is because the detection of combination and information models has been done on pieces of reasonable size and relevant parts of the subject and building in order to find possible collisions and from there, present alternatives. 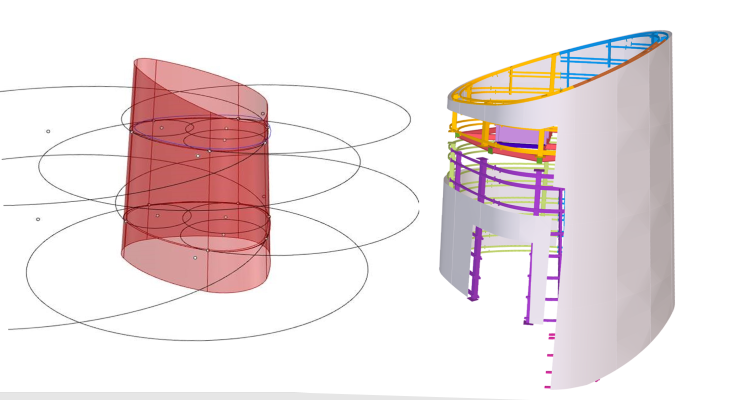 From Tekla Model Sharing, the structural design is established. Peikko is responsible for the design of the Delta beams for the same shared model and other models from other disciplines and suppliers have been imported into IFC such as laundry lift shafts or rubbish dumps.

It was in the programming of the building frame that the role of the BIM came into play. Specifically in the interior schedules of the floors of the pavilions with repetitive rooms. This is handled using a transit time that is imported into the models. The model designs have made it possible to coordinate the installations, check for collisions and create site layout and mobile plans on site. This Dalux model represents an easy and visual aid for various user groups.

Another great challenge and success is related to time management and design without errors, despite the fact that the project was already based on existing structures and therefore had to be connected to them. A floor plan, which translates into hundreds of metres of floor space and which must be connected to the old hospital building, has been modelled on the basis of as-built measurements to help coordinate the structures. On the other hand, the installation of accessories will be decided at a later stage and therefore a structural design with several alternative solutions has been required. 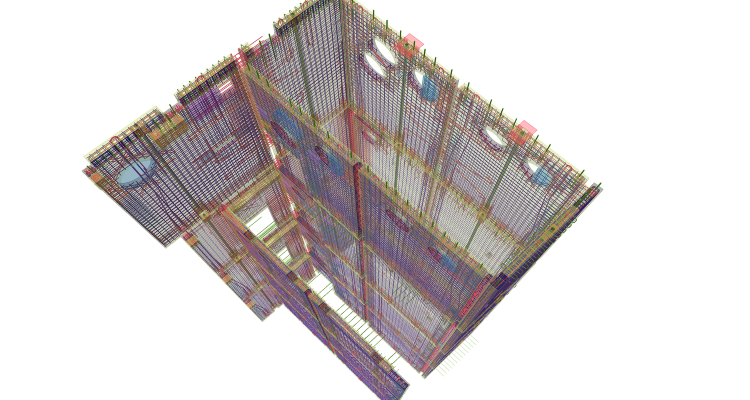 On the Tekla model, the management and reporting of the design schedule of precast concrete was carried out and thanks to the project tools developed in the AINS Group. The contractor's suggestions were imported into the model and the tools implemented for monitoring by status data.

As explained on Tekla's website: "The design accuracy of the precast concrete units and steel assemblies was achieved by matching the structural model with the designs of building component suppliers, subcontractors, architects, MEPs and hospital equipment designers. The automation provided by Tekla was used effectively to detail the fixings and produce drawings, for example. Tekla's Detail Manager was used in the design of precast concrete in particular, and time was taken early in the project to develop customised drawing templates for Dimensioning Rules, for example.

"Many standard components and tools were used for steel detailing, for example to fix and detail composite columns, to create connections for columns and Delta beams, and to model the HVAC service room, glass roofs and care units. The Grasshopper-Tekla Live Link was essential in modelling the quiet, geometrically challenging room. Tekla's Model Sharing has played a key role in the cooperation and model information exchange between the Peikko Delta Beam design and the NSAI coordination in general".

According to HUS, the project will not be completed until the summer of 2022 and in 2023 the activities of Töölö Hospital will be moved.

Award for the best public project at the Tekla Global BIM Awards.

BIM for the redevelopment of the Unipol Group building in Milan