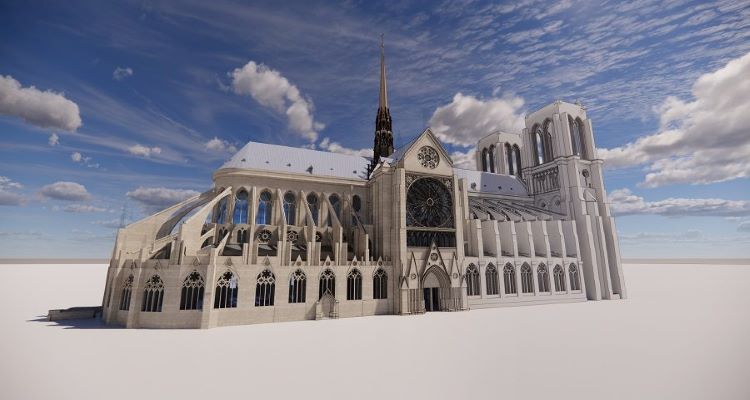 After the tragic fire that destroyed part of the French cathedral of Notre Dame in Paris, its reconstruction began. The fire, which started on the roof of the infrastructure, consumed oak beams 1,000 years old, bringing down its 19th century spire and releasing tons of molten lead on the stone vaults. Damage caused which, according to French President Macron, will take about 5 years to recover.
In this process, which started two years ago, digital models and innovative tools have taken a great part of the limelight. The fact of having the current technological tools allowed, and continues to do so, to accelerate the process and achieve a more accurate reconstruction. 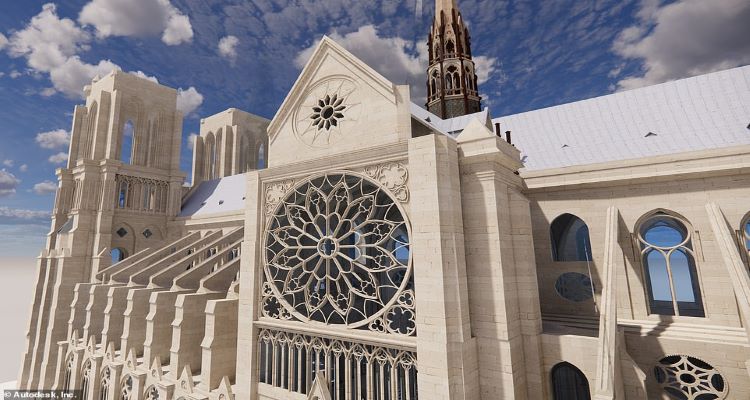 Before the tragedy, the company Art Graphique & Patrimoine (AGP) already had data to create a digital twin of the building and four days later, one of its teams completed another study to capture the geometry of the damaged building.

The U.S. software company Autodesk Inc. also reacted immediately by offering its resources for the reconstruction of the cathedral. They began work on a 3D BIM model a few weeks later that would, in turn, help create a historical digital record to increase resilience in future events.
The data obtained from the pre-fire reality capture allowed them to create a model of what the cathedral once looked like. From there, Autodesk performed the same technique to obtain recent scans for comparison.
The initial phase, the safety phase, consisted of building scaffolding around the structure and reinforcing the flying buttresses supporting the stone walls.  From there, all the burnt timbers were removed, and construction began on a replica of the spire of Notre Dame with more than 1,000 oak trees donated from all over France.
In order to meet the restoration schedule, Macron had to create a public body faster than the traditional one and that was put in the hands, several months later, of the public body (EPRNDP). As this agency began to move into action simultaneously, construction of a 3D BIM model of the cathedral began. Autodesk contracted AGP to provide the billions of point cloud coordinates representing the geometry of the cathedral. This was because the surveying firm had accumulated accurate data of the cathedral over time. 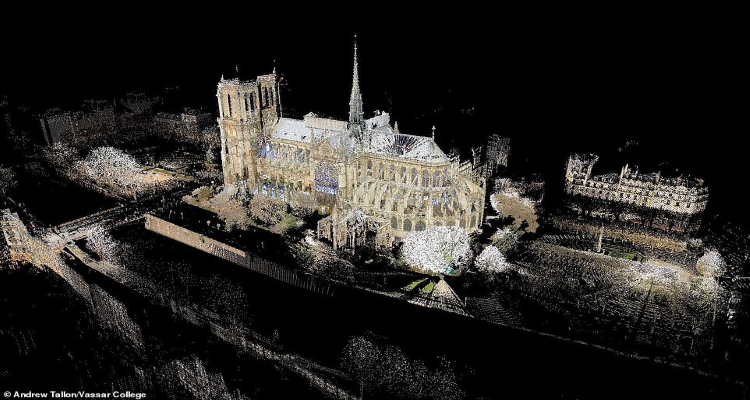 Taking a digital approach also enabled cloud-based collaboration among stakeholders. In addition, this common data environment will serve as a central repository for all project information and provide all stakeholders with access to the most current data and plans.

French Army General Jean-Louis Georgelin, in charge of supervision, emphasized that "the use of digital technologies was essential for the public institution". He added that "thanks to Autodesk's sponsorship, the use of cutting-edge design and construction and BIM technologies is being leveraged to help prepare for the reopening of the cathedral." The current goal is to complete the reconstruction by the 2024 Olympic Games. 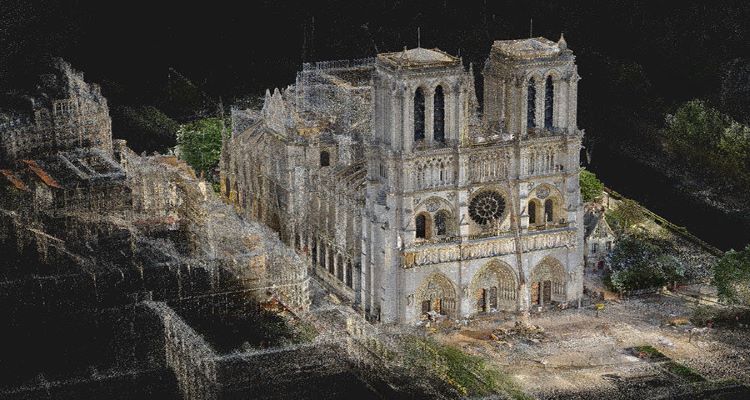 Source: ConstructionDive I ENR I Trimble