Foster + Partners and FR-EE Take Off With BIM 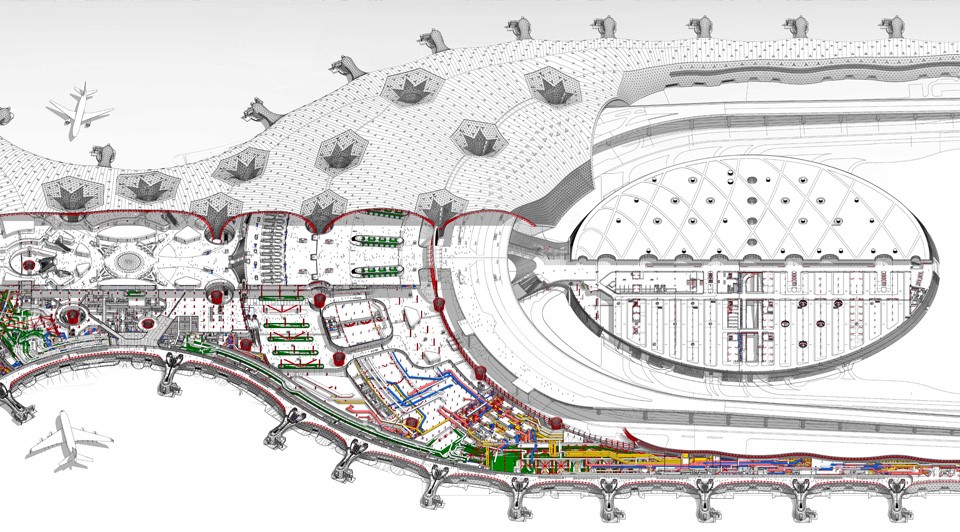 For Mexico City’s New International Airport (Nuevo Aeropuerto Internacional de la Ciudad de Mexico - NAICM), Foster + Partners and FR-EE had one core goal in mind: Put people first.
At 743,000 square meters, it will be one of the world’s largest airports. The entire terminal is enclosed within a continuous lightweight spaceframe, embracing walls and roof in a single, flowing form, evocative of flight. But its primary design focus is the passenger experience. With an open air concept, travelers will be able to see the gates and where they are heading in a space full of daylight. The design also anticipates the predicted increase in passenger numbers by 2028 and beyond, along with an expansion plan through 2062 for an eventual six runways.
The terminal itself is almost 1.6 kilometers in length and a single, continuous spaceframe with an innovative roof and fixed boarding bridges in one enclosure. The computational design approach for the roof is unique in the world for its complexity of generating a double curvature light structure with long spans of more than 100 meters, serving as a roof, façade, and structure at the same time. Being the maximum span internally of 170 meters, the lightweight glass and steel structure is designed for challenging soil conditions as well. This airport is a celebration of space and light. 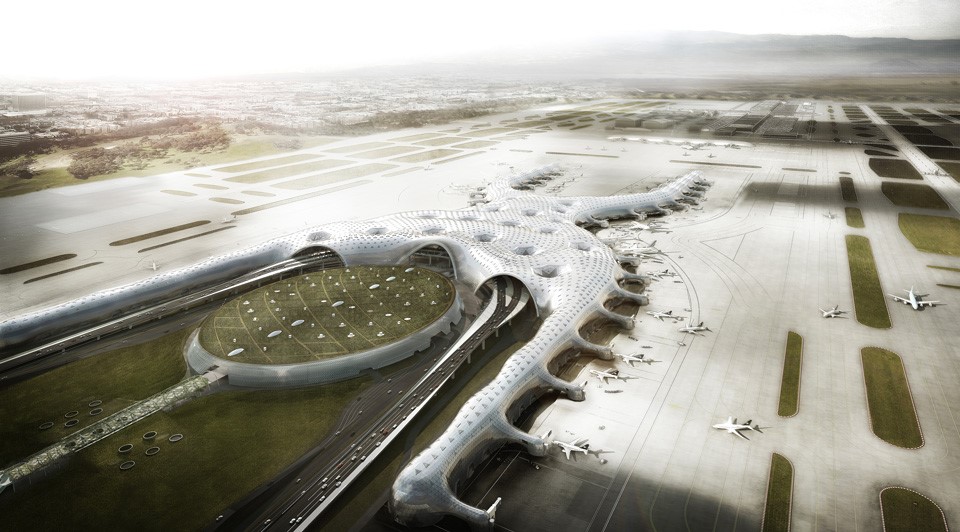 From its inception, Foster + Partners and FR-EE also set out to design one of the most sustainable airports in the world. NAICM aims to achieve LEED Platinum certification for the terminal building and LEED Gold for the Ground Transportation Center and Air Traffic Control Tower.

As part of the project, the surrounding natural landscape will be restored, improving the quality of life in the Valley of Mexico and the eastern half of the city. The airport will run with a high percentage of renewable energy.

Rainwater will be harvested to support water supplies; wastewater will be treated to be reused in external areas. Three thousand hectares of greenery will be also created around the airport to offset the loss of vegetation due to construction. The biodiversity of the area will be maintained in collaboration with a group of specialists who will facilitate the management of plant and animal species. 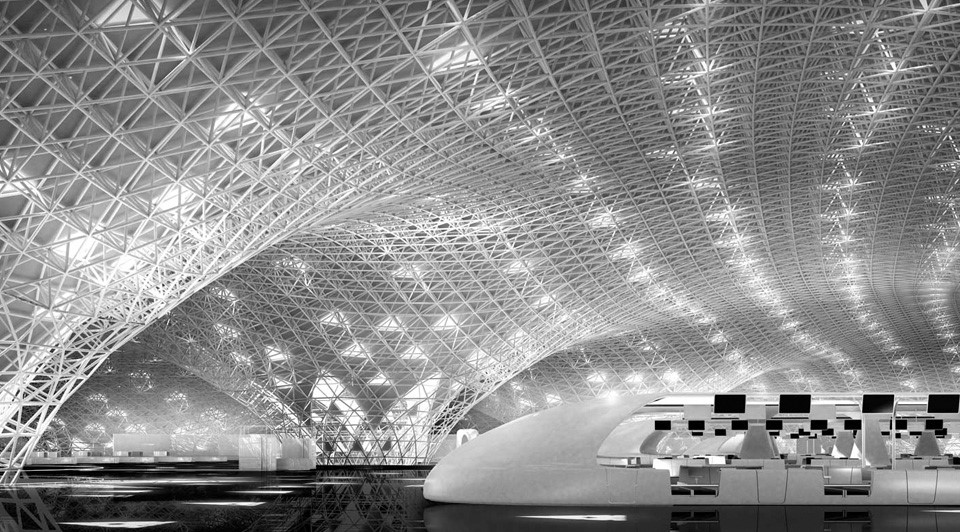 With the ambitious sustainability and terminal design goals, BIM became crucial to making it happen. The sharing of the models from the very early stages made it possible for all teams to access updated information,enabling a smooth transition from the concept stage to a more detailed stage of the design as well as construction.

In the design stage of the terminal’s interior, BIM was key for coordination and bringing together several different disciplines. The data extraction from the model provided more control when scheduling all of the elements as well as efficient quality auditing. The design teams solved both large and small clashes in the model while also identifying and eliminating duplicates and missing elements. A greater level of model analysis assisted design decisions, including the studies of lighting, wind, and energy.

The documentation for the terminal building was similar in scale to an urban-planning exercise. The team created directly from the model more than 10,000 construction documents and more than 5,000 Room Data Sheets for each of the rooms in the buildings. It’s estimated that they would have had to hire 1.5 times more staff to produce the same amount of drawings without BIM.

A weekly BIM coordination schedule helped create an even faster workflow for collaboration, coordination, and production. This process included sharing and receiving multiple discipline models; processing, navigating, and analyzing the models; creating issue reports and collecting viewpoints; communicating the issues to the consultants sharing the viewpoints; and solving the issues—all in the same week. This workflow was repeated every week of the design stage and made it possible to achieve a better, more coordinated model.