The Opera House at Downtown Dubai

Set to become one of the most significant, vibrant and successful performing arts and entertainment centres in the Middle East 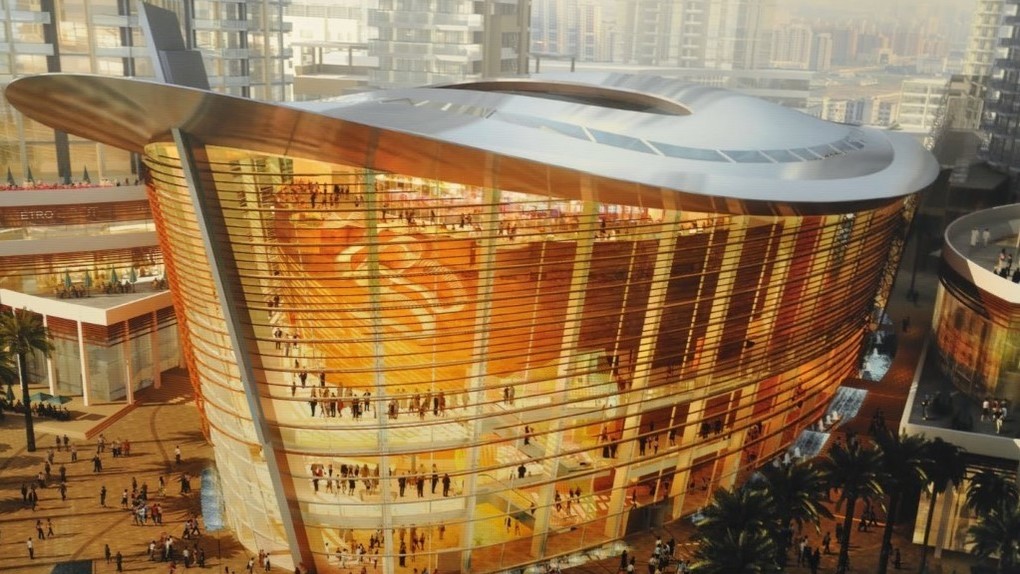 Country: United Arab Emirates
The Opera House at Downtown West Dubai (OHDD) is a new development at the heart of the Downtown area in Dubai next to the Burj Khalifa and Dubai Mall. Set to become one of the most significant, vibrant and successful performing arts and entertainment centres in the Middle East, Dubai Opera is a 2,000-seat, multi-format theatre, set to captivate visitors.
It is central to The Opera District, a new arts and lifestyle destination in Downtown Dubai, home of global icons such as Burj Khalifa. The design of Dubai Opera is deeply rooted in Dubai’s maritime history, with the Arabian dhow becoming the inspiration behind the architecture of the building. The ‘bow’ of the structure will contain the theatre’s main stage, orchestra and seating areas, as well as a sky garden and restaurant which will boast views over Opera Plaza and Mohammed Bin Rashid Boulevard.
Eversendai Engineering LLC was awarded this prestigious project to perform Engineering & Detailing works and also to execute Fabrication and Installation Works for all structural steel works. The Total weight of Steel involved in the Project is 3,600 M Tons.
The main roof is a complex long span structure with the forming the architectural surface whilst minimizing the number of trusses and bracings through roof lights and MEP ventilation louvers. The main roof is approximately 130m long and 80m wide. The front of the building is approximately 38m high and the feature prow column is tip is 42m above promenade level. The roof cantilevers out from the glazed façade by approximately 9m at the front of the building, 3m along the sides and 5m at the rear. The longest spanning steel truss forming part of roof support is 37m long. 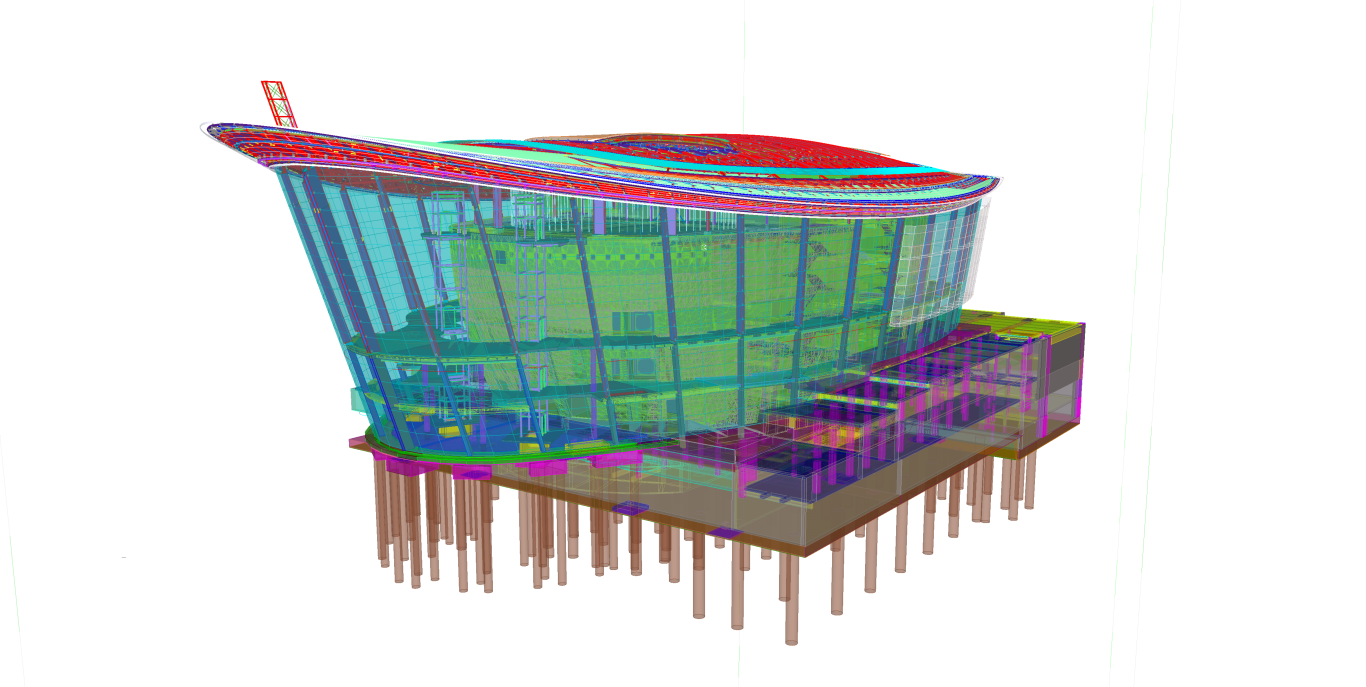 The design of the structure forming the building enclosure has been focused on realizing the architectural vision of creating a world class public realm, maximizing the day light and views. The façade columns in the building enclosure support the main roof & inclined glazed façade and hence these façade columns are also inclined to suit the leaning façade profile. Other than at prow location, all façade columns are formed of fabricated tapering sections.
The Main Roof trusses are curved to suit the roof geometry thus by providing maximum zone for routing all the mechanical and electrical elements in the roof. All the main roof trusses were formed of CHS sections. The ring beam trusses run between the heads of perimeter columns and connect all the primary trusses. These ring beam trusses provide support for the secondary steelwork purlins, gutters and cantilever structures. All ring beam trusses were formed of CHS sections. The internal trusses support the secondary steelwork purlins and also retsrain the primary truss chords. These internal trusses were formed of UC sections. The middle section of the truss has been left open for the services to run. Roof bracings provided lateral stability to the building and these bracings were formed of CHS sections.
The steelwork above auditorium was supporting the substructures  below whose are hanging from the Primary Trusses above. These substructures consist of lighting bridges with lights focused on the stage, walkway platforms for frequent maintenance, Special Aluminium moving Handrails etc. These substructures steelwork was coordinated with the theater acoustic works & lights contractors and MEP Contractors and all the clashes with the steelwork were identified and avoided.
The Lower and Upper Balcony steel trusses support the seating RC slabs above. These are coordinated with the Concrete Contractor and all the clashes with these trusses were identified early and avoided successfully. Further to this, additional bracket support systems were provided to receive the RC slab above the trusses.
Public vote winner
The Public Vote winner in Tekla Global BIM Awards, the Dubai Opera
What were the challenges and made the project succesful?

The complex geometry of the structure and the precise BIM coordination requirements make this project as one of the challenging projects for Eversendai. As always with Eversendai, this project was also successfully modeled and coordinated with all other trades and fabrication drawings were released in line with the project schedule.

BIMCommunity will participate in "The Year in Infrastructure" organized by Bentley

For the second consecutive year, BIMCommunity will fly to Southeast Asia to witness and cover one of the industry's most important events.

INFRA BIM MADRID 2019: Technical seminar on the application of BIM in infrastructure projects

The event will be held on 20 September at 15:30 hours at the Zayas Cultural Association in Madrid.

“Robotization” of BIM : How Robots Could Improve BIM Workflow