Autodesk Revit is not BIM, it’s more than that 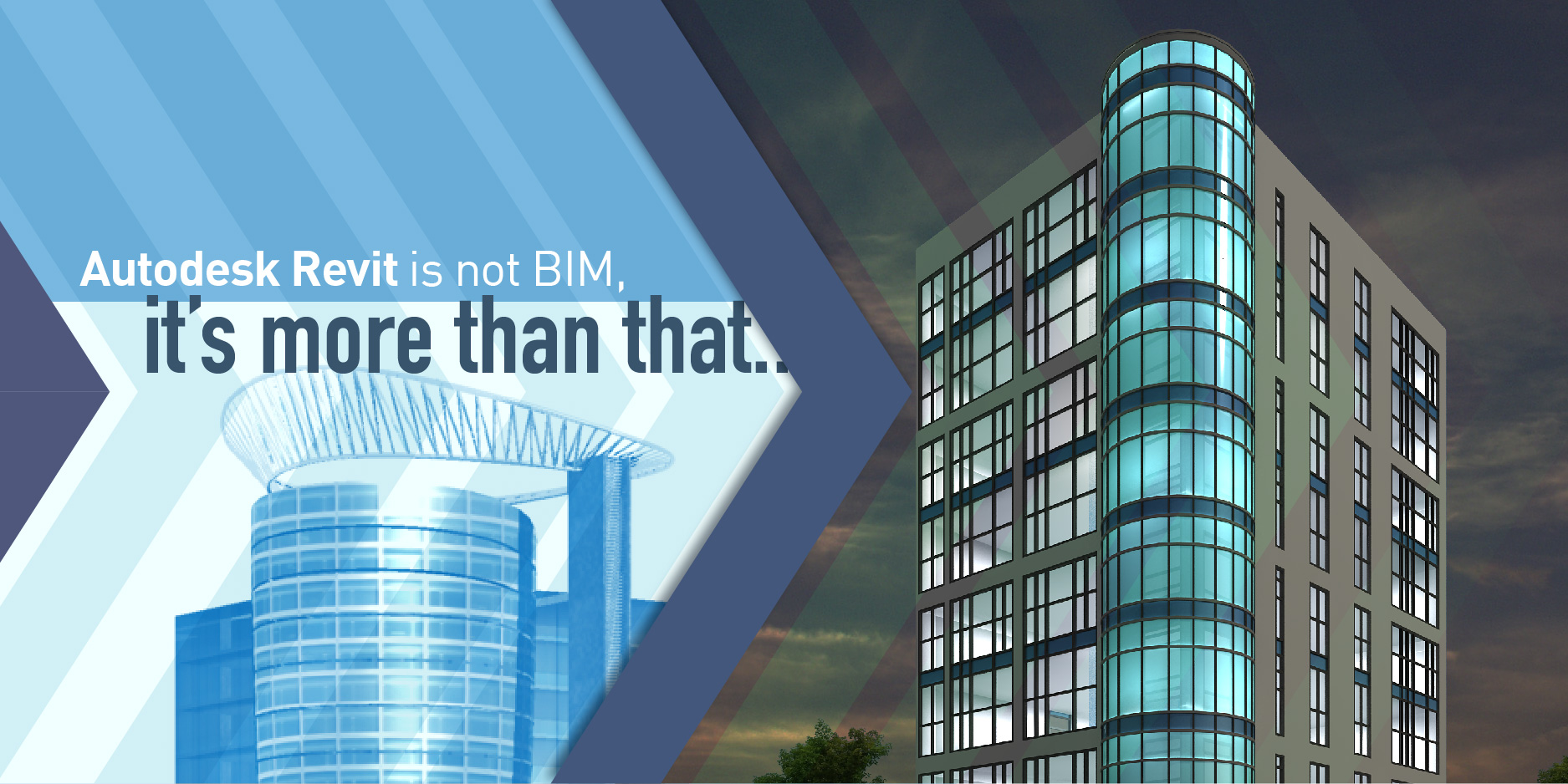 The process of creating 3D database with help of information from CAD models representing the design of the building is fondly known as BIM. AutoDesk Revit is widely used to create the digital replica of the building. Among-st a plethora of applications available in the market, BIM and Revit are most popular, as its 3D scanned point cloud data, also hand holds in attaining various Levels of Development - LOD.

In existence since more than a decade now, there is still a major confusion between Building Information Modeling and Revit, where BIM is considered to be a piece of software whereas Revit as BIM in itself. However; the fact is that Revit is one of the BIM tool to ease the workflow by creating intelligent 3D models from point clouds with high detail. It further helps in evaluating the existing structure, envision the changes, and design better.

BIM utilizes three dimensional, real time and dynamic CAD modeling software, for 3D modeling, to increase productivity in the design and construction; as the drawing consistency is maintained across – eliminating errors. BIM is all about the basic process of creating building information during the design of architecture. It allows to visualize the building and different objects in different views used across drawing production.

Revit is a 2D/3D CAD modeling program developed by Autodesk

On the other hand Revit is a 2D/3D CAD modeling program developed by Autodesk. It’s a powerful database consisting of project information at several stages in the project building life cycle. This database uses Revit file for storing BIM models.

A building is created using 3D objects, to create families, including walls, floors, roofs, windows, doors and several other objects. Then these families are saved in form of RFA files and imported into database of Revit as and when required. Revit database is a single database file represented in various ways which are important for designs that include plans, elevations, sections and schedules.

Revit is used discipline specific for Architectural, Structural and MEP

Upon each of these departments linking this architectural model into their own workspace, begins the work of inserting beams, columns, popes and several other electrical connections.

Revit is considered to be of the best technique for the implementation of BIM in the building construction industry. It has opened up a lot of avenues of growth in the digital building industry in future.

In what ways BIM can be used on Construction Sites?

What is 4D BIM Modeling in Construction Management?

Gain access to first-hand and genuine content on the project requirements, case studies, project-based experiences, lessons-learned and much more

The Digital Transition Plan as the French BIM National Strategy