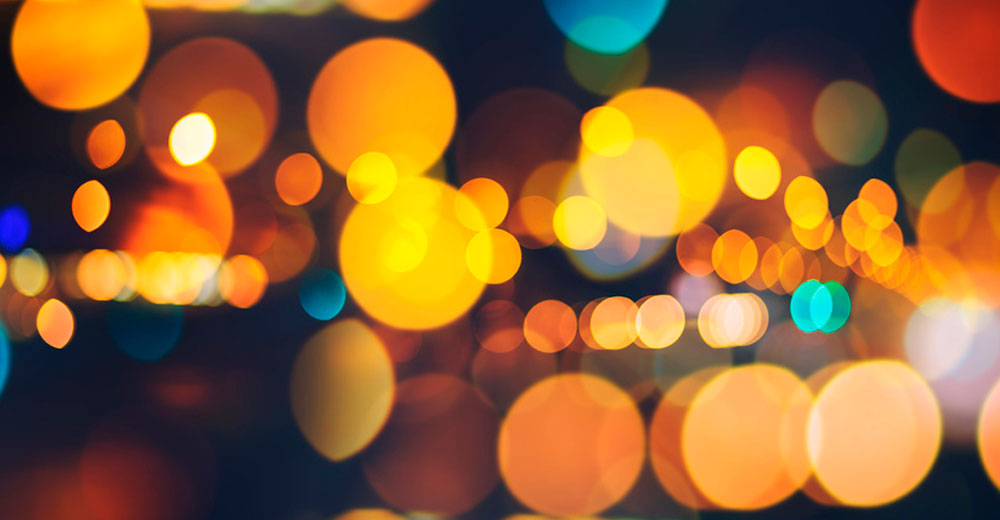 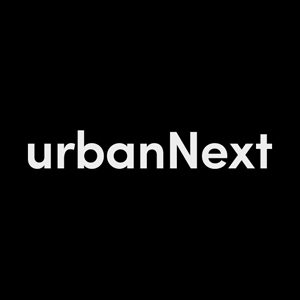 Cities are the ecosystem, the meeting point for two of the new realities that will define human development in the coming years: on one hand, the intense process of urbanization of the world’s population, and on the other, the spread of information and communications technology (ICT) that will be available to people at every level of society.

The smart city will be planned and managed by incorporating the possibilities offered by the new technological environment. The functioning of the city changes and is easier, more flexible. First, there will be greater efficiency in providing traditional services such as urban sanitation and public transport and in the relationship of citizens with the public administration where there is e-government. But also in the application of new collaborative services, peer-to-peer, in which citizens discover and develop a different way of using their city.

The three axes of change

An increase in the size of the city, respect for the environment, and improved services for residents are the three factors of change in the smart city.

The urbanization of the world’s population suggests that, within 25 years, eight of every ten Europeans will live in a city. As will nine of every ten people in North and South America, and between five and six of every ten inhabitants of Africa or Asia.

In this new context of rapid growth in urban population, the concept of city is changing: “city” will increasingly mean “region”. Cityregion, large cities of considerable territory –that is, large enough to assure the competitiveness of their economic and company base. New city-territories where residents will have a high and flexible degree of mobility; in other words, work, residence, networking, free time and study will combine in different areas, neighborhoods and municipalities.

And the first challenge appears: determining the optimum design for internal transportation networks and the information and telecommunications services.

"In this new context of rapid growth in urban population, the concept of city is changing."

This is the second factor for change and the first priority in the smart city. More than ever, urban planning and the design of infrastructures are the basic instrument for a city to be competitive and to function, but they must incorporate both the demands of the city-region and the new ways of using the city that are the result of technology.

Naturally, the challenge of climate change and sustainability will be met in the new urban model: the new smart city is by necessity sustainable, based on its mixed uses (residential, trade, businesses, infrastructure); it is compact, with high concentrations of population, and is efficient in its use of the urban environment. Cities should thus be the paradigm of the circular economy, which is based on recycling and taking advantage of the waste that the city itself generates.

This is the third big factor of change in the smart city. The new possibilities offered by ICT improve and modify traditional urban services but also facilitate the appearance of new ones.

The modern city functions through community and municipal services (sanitation, public transport, security) and the basic services of water, electricity, gas and telecommunications –utilities that are normally provided by concessionary companies. The new smart city is radically transforming the management of urban services while at the same time improving the ways citizens have access to them.

We already have many daily examples of this: a screen or our smartphone tells us when a city bus will reach us; via WhatsApp we can send our complaint about some furniture that’s been left in the street, note its exact location and provide a photo; the container in which residents deposit paper and cardboard automatically informs the company that it’s full and should be picked up; the water, light and gas companies can read what we’ve consumed via smart metering, thus eliminating the need for an employee to come by and read the meter. 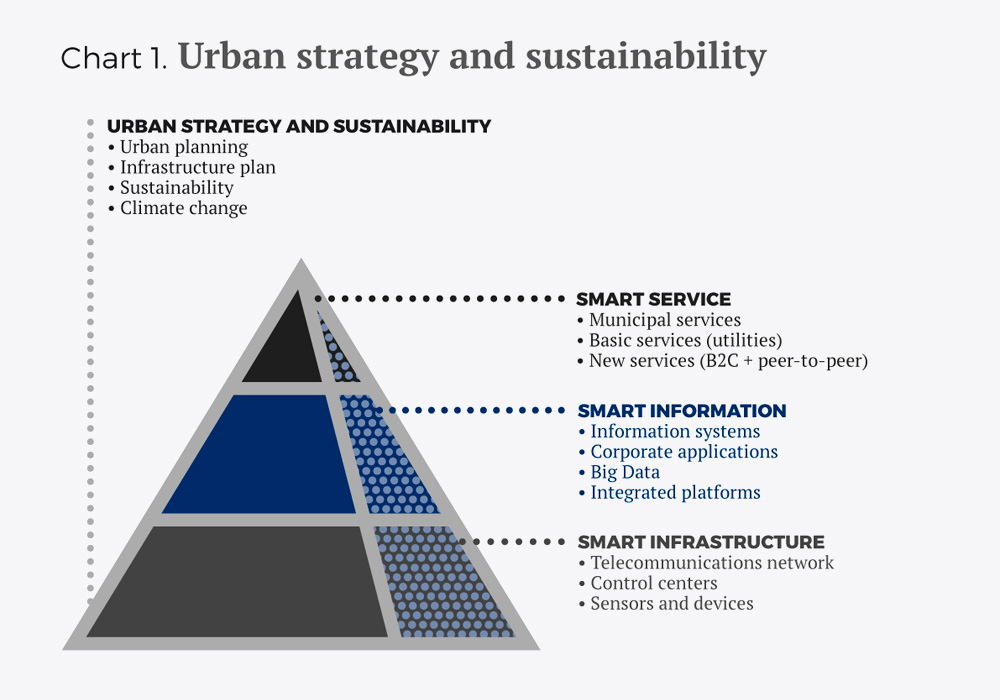 The three axes of management

These things will come about thanks to the three axes of management, which should go forward in parallel:

The joint development of these three axes makes it possible to innovate and thus provide better traditional urban services, with less impact and fewer externalities; and it’s clear that to achieve these objectives, public-private cooperation is essential.

"The city will become an economic, social and cultural ecosystem and the main vehicle for human development in the coming decades."

The new power of the citizen

Nevertheless, the smart city also brings to the fore a new kind of services that don’t require the presence of our local town hall or a company. The possibilities inherent in the ICTs and the advances in infrastructures already installed make it easier to create citizen services or radically modify other already existing ones. The only requirement is an algorithm that will permit service between two people with complementary needs. These are the Business-to-Consumer (B2C), collaborative and peer-to-peer services. Companies and citizens innovate and interact directly to create a new way of using our cities; but it will always be necessary to have the city with its infrastructures and its capacity to regulate services.

Thus it is possible to create a smart city with more flexible services that connect companies in a B2C setting, where the consumer or resident accesses the service from his smartphone. There are many examples: calling a taxi from an app, chronic patients who consult a doctor without leaving their homes by sending him information online, ordering a meal or medicine, car sharing in which vehicles can be rented by the hour…

The city will become an economic, social and cultural ecosystem and the main vehicle for human development in the coming decades. Currently, in the second decade of the 21st century, we are seeing a new way of understanding cities, with changes in concepts like urban development, infrastructures, quality of life, services, mobility, leisure and the environment.

All of us are already modifying the way we use, enjoy or access services in these new intelligent cities.

The legal impacts of BIM

Rishabh Tandon, Manager of the Academic Programs, Institute Programs at Bentley Institute warns about the growing need for trained professionals