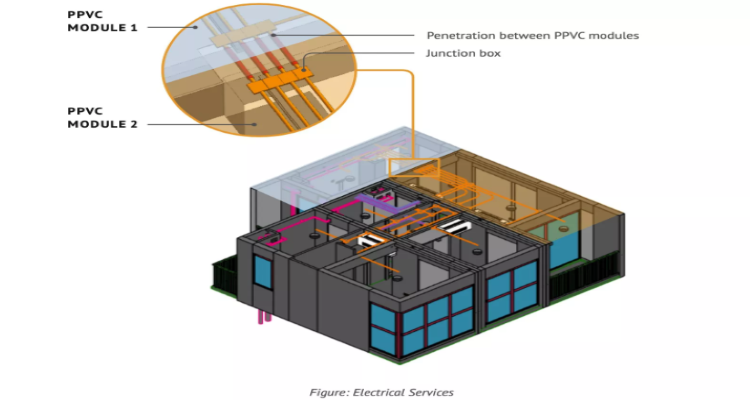 Under the sustainability and modulation label PPVC, the 56-floor chain of flats in Singapore by the company ADDP Architects is put up. The residences on South Avenue, which, according to the following quote, "merge modern, futuristic and ecologically conscious homes while paying tribute to Singapore's heritage".

The new PPVC modular form takes on a leading role in the project as it is a working model originating in the country and, of course, a pioneer in its application. But what does this acronym mean? Prefabreicated Prefinished Volumetric Construction is basically a sophisticated version of what is known as modular construction. It appeared in Singapore and is characterized by its ability to save up to 50% in personnel, time and materials.

The model is based on Prefabricated, Pre-Finished and Volumetric Construction. A method by which independent modules are completed with internal finishes and accessories in a factory off-site and before installation.

By defining each of these concepts separately, we understand what together forms the acronym PPVC. The prefabricated part consists of creating the modules in a concrete factory and from there, transporting and installing them on the construction site instead of erecting the construction on the same site from scratch.

The pre-finishing is very similar to the previous one but the final care is added. Not only is the structure determined but also part of the finishes. Finally, the volumetric construction is related to the creation of 3D models (and in turn to 3D printing). This saves a lot of money.

The term PPVC arises from what is known as Design for Manufacturing and Assembly (DfMA) which implies that construction projects are designed to be manufactured off-site, in a controlled environment, and then composed on site.

In Singapore, the Building and Construction Authority has established a guide to the DfMA process which defines it as a new approach in the construction industry. The planning of off-site work reduces both the labour and time required for construction, while ensuring greater safety and less impact on the surrounding living environment. It is promoted as a new way to improve productivity in an industry known for its immense workforce. On the other hand, PPVC is one of the technologies that are applied and support the DfMA concept.

PPVC and sustainability in the South Avenue Residences in Singapore

The main value that characterizes the South Avenue Residences of ADDP Architects is sustainability. A value provided among other things by the PPVC modulation. 80% of the plates or modules that make up the residence were manufactured off-site and therefore the construction of the building only required the grouping and joining of these pieces on site. 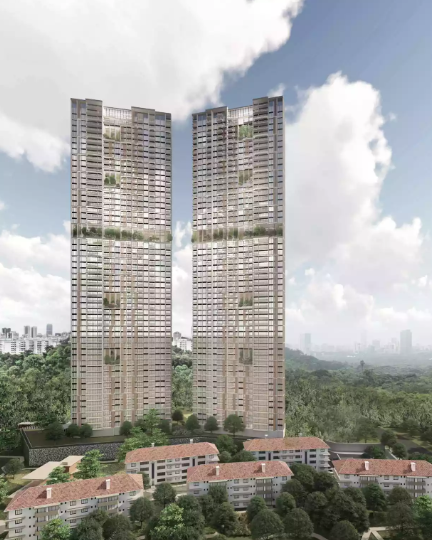 On the other hand, the project has the energy efficiency label for the placement of the twin residential towers oriented in a north-south direction to take advantage of the solar design and air flow. Also noteworthy are the living or green walls, that is, structures where vegetation is integrated, always counting, among other things, with a hydration and fertigation supply system. 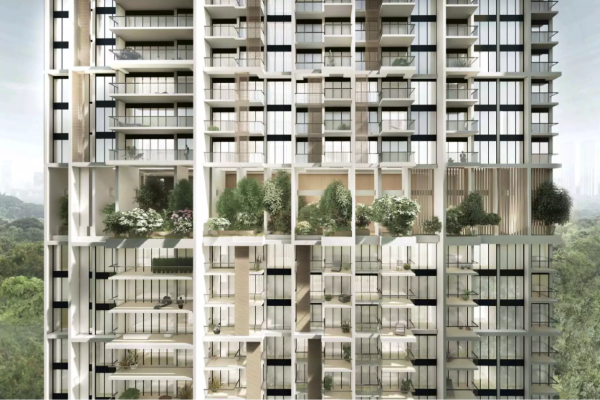 Another of the project's innovations is the creation of terraces inserted in the middle of the building's façade. Its objective is to break down the typical scale formed by the towers and establish a visual connection with nature. All of them are accessible to the residents who are offered green spaces on different levels. Inspired by tropical architecture, the terraces, balconies and sun screens are integrated into the shape and design of the building and the architectural treatment employed.