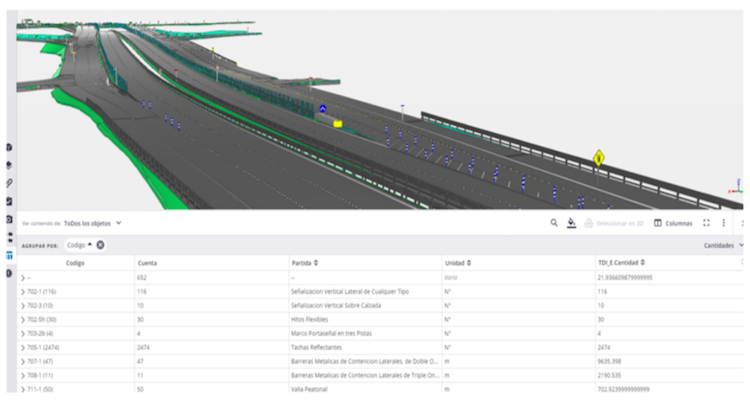 WHEN YOU START STUDYING ABOUT BIM METHODOLOGY YOU USUALLY FIND A NUMBER OF DEFINITIONS AND NUANCES DEPENDING ON THE PUBLICATION, BUT IN GENERAL THEY ALL CONVERGE IN COMMON POINTS.

Another situation is what you see when you start using the Methodology in real work environments and applied to projects, where there are different application criteria (or decriteria as a professor would say), but also you begin to see that the common points begin to disappear and the theoretical concept of Methodology begins to change by Modeling Specialty.

Before continuing I think it is necessary to clarify that my experience is in Chile and in road infrastructure projects, to differentiate from building projects where I think this should not be so common. Having said this, let's continue.
Bidding Documents
When starting to study the proposal, what is striking is that in general the documentation consists of standard formats where the word BIM is included in some paragraphs, and something more is included in some sections or annexes, where some professionals and applications are mentioned and individualized as a requirement, but in general not beyond that.
Within the company something very similar starts to happen, the team is put together with the specialists, who will be in charge of the project and who will be in charge of BIM, or in some cases an external contractor will be hired. It is also at that moment where the separation between the work Methodology by Modeling Specialty that I mentioned before occurs, and the BIM manager is only in charge of generating the models according to the client's request. This also has some logic if the intention is to win the proposal, and therefore focus the cost on what is understood to be done.
In both cases one can attribute such decisions to the level of BIM maturity and the lack of training in the sector, which is still low for road projects (compared to building) and in some cases very focused on how to generate models. How BIM is taught by the different training centers could be an interesting debate but is not the subject of this publication.
Contract Development

The next step, once the project has been awarded, is to start planning in the BIM Execution Plan how the management will be carried out to meet the "BIM" requirements of the contract, and why do I emphasize the word BIM in quotation marks, mainly because at this point it is already assumed that BIM is just another deliverable within all specialties and that it consists of making models.

Under this scenario, where BIM is defined as one more activity within the productive sequence of the Gantt chart, i.e., we work as usual generating plans and then modeling, it is to be expected that the expected benefits are not evidenced because on the one hand there is little or no communication between agents, and the models are timeless. The latter does not only happen in the engineering stage, since I have also heard that when a problem is detected in the model, many times it has already been solved on site.

Project Manager and BIM Manager, 2 in 1

Thanks to the experience I have in roads I could perfectly assume the position of Project Manager, and added to my experience in BIM I was waiting for the opportunity to take that project management under this methodology. This situation occurred in April 2020, where a 3.4 km urban project was awarded, with a 400 m bridge and a trench overpass, affected services, lighting, expropriations, and everything that involves a project of urban characteristics, and that also had BIM as part of its requirements.
The first challenge that arose was to bring a team to work based on ways and tools that they were not used to or familiar with, and in that sense I must admit that the quarantines due to the pandemic made things easier as we were forced to use communication platforms and data storage clouds, tools that I had previously tried to introduce without much success.
In this specific case we put together a collaboration strategy based on what at the time was PAS1192:2007, with its workspaces and the software we had available, which were:
- Microsoft Teams as a communication and document management platform.
- Microsoft Cloud as an information repository
- Microsoft Planner as a planning tool

As the idea is to tell the experience, and as you can imagine, the most unpredictable part of a project are the people who make up the team. Although at the beginning the communication platform was used a lot, as time went by it was more and more recurrent that the project collaborators were returning to e-mail as a means of communication, and the strangest thing is that this happened more in people who were part of the company than those hired externally.

In relation to the models and their uses, as the designers did not have the skills at the time to assume this role, the services were contracted to an external company and we implemented Trimble-Connect as a collaboration platform for file exchange and model federation. Here another question arises that, although it came from previous projects, had never been developed due to the lack of demand from those in charge of the project, and that is how to structure the models and classify the entities.

First, the IFC structure follows the sequence Ifcproject →Ifcsite →Ifcbuilding →Ifcbuildinstorey, for which there was not much doubt about what to place for the first two, but for the last two that refer to the building and building level respectively, and which are concepts that do not fit within a road project. Then for the classification, IFC has its own scheme based on building entities that also leaves out several (if not most) elements used for a road.

As a solution we adopt as Ifcbuildinstorey the axis of each road and in Ifcbuilding sectors or groups of axes with something in common, a proposal that is already suggested in some design software.

In relation to the classification, it was decided to define each entity as IfcBuildingElementProxy and use the ObjectType parameter that is specific to the IFC code (while waiting for the official release of ifc 4.3 and its new entity definitions), so that each modeled entity could be ordered for a better review and also be visible in multiple coordination platforms, which also points to the idea of working under this format and in line with what was proposed by BuildingSmart under the concept of openbim. 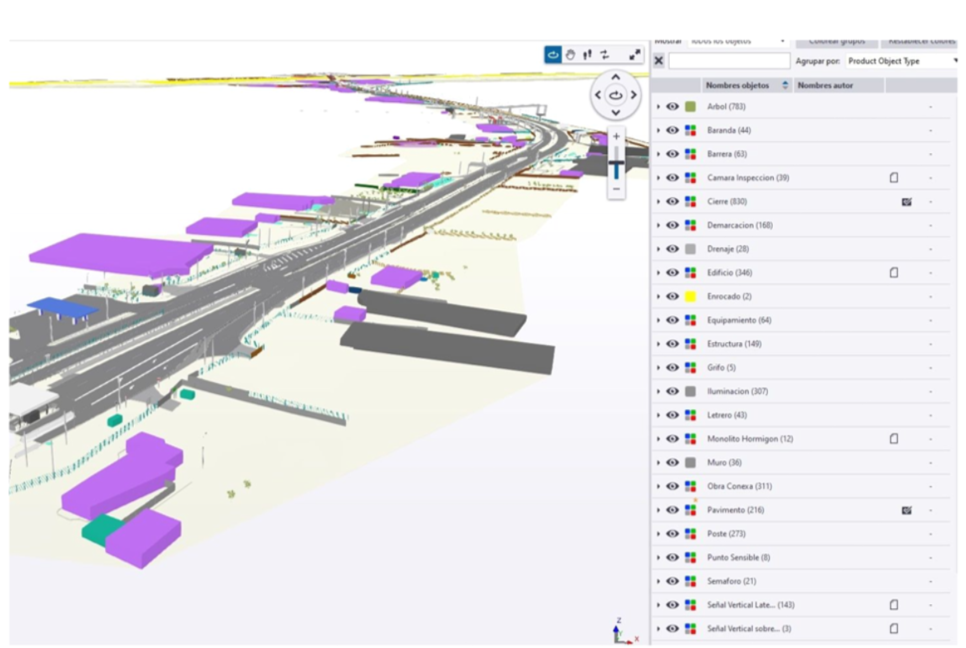 Finally, although the requirements by bases were only focused on a model to be used visually and volumetrically, as project manager and BIM Manager, I tried to go a little further by solving one of the problems that projects have and that is the amount of information generated. For this, by means of psets and intelligent views it was possible to identify in a model the types of utilities in the project, the state of the pavements or the level of containment of a projected barrier, among other things. 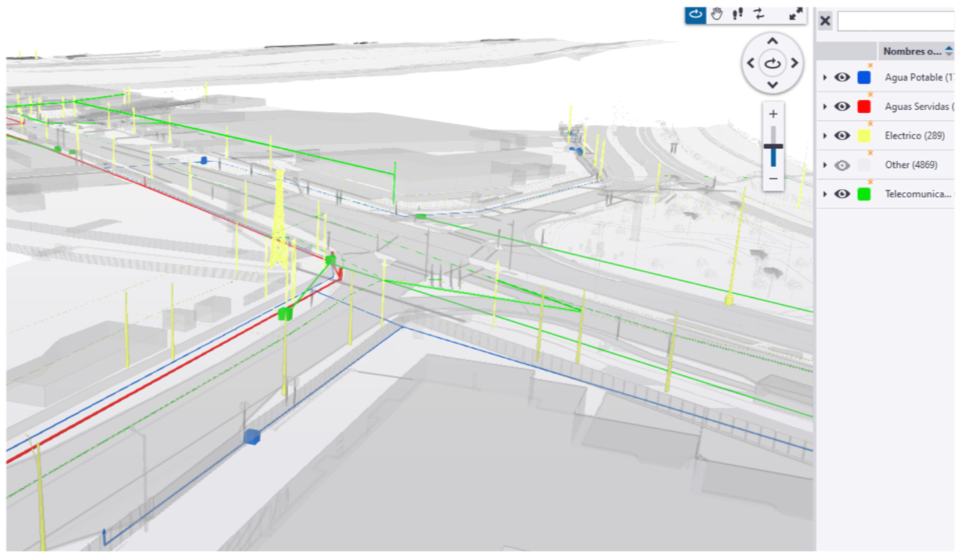 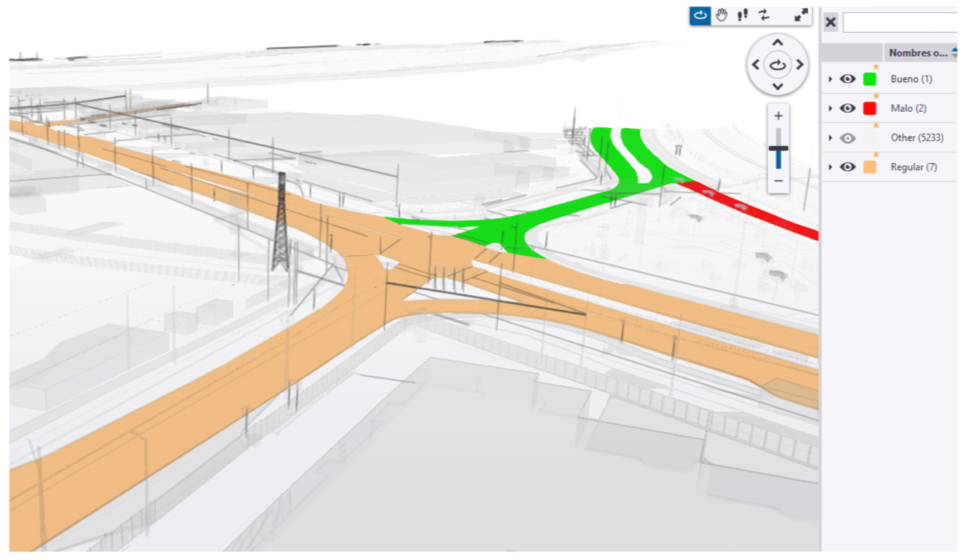 Likewise, by using the CDE it was possible to link files and images to the entities, and at the same time to make another type of classification that could help us to extract the cubations from the same model.

I believe that the lack of development in BIM for Road Infrastructure projects can be linked to two main factors:

i. In general, the webinars or lectures on practical applications are focused on building, which is understandable due to its greater progress in the subject, but that takes away a little bit the attention of those who work in this branch of engineering.

ii. Lack of training of developers and public services to generate more specific requirements to promote BIM as a methodology to develop projects.

These shortcomings mean that the requirements of the contracts are very poor, which generates a feeling that BIM is not a real contribution to the contract, or on the contrary are too demanding, causing considerable wear in developments that have not been verified and that sometimes do not generate much contribution either. In both cases, the contractor's response is more to just comply with what has been requested than to adopt it as a way of working.

Finally, as professionals who believe that this is the best way to work, we invite to visualize the achievements and solutions obtained in road projects, since this will surely help to converge in standards that allow to take out the potential and benefits that are so much mentioned in theory.

What are BIM Task Teams?