The BIM for the extension of the Palace of Varignana 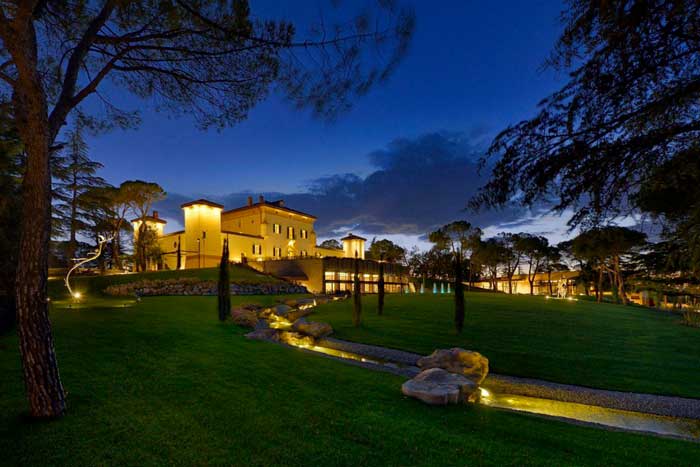 Politecnica is one of the largest Italian integrated design companies for architecture, engineering and urban planning. He has developed projects in every field, public and private, in schools and in healthcare, in industry, in services, in infrastructures and with the international division he has carried out civil and infrastructural works in numerous developing countries in the context of funded projects from International Donors (International Financial Institutions).

Politecnica offers services compliant with the ISO9001 and UNI EN ISO 14001: 2004 Quality System, has obtained the Legality Rating with the maximum score, is a member of the Green Building Council and promotes best practices of environmental sustainability in compliance with LEED protocols.

Politecnica is among the first companies to have adopted BIM (Building Information Modeling) design and uses Tekla Structures for many of its projects. Among the most recent ones, one of the most interesting is the project for the expansion of the prestigious accommodation facility called "Palazzo di Varignana Resort & Spa". 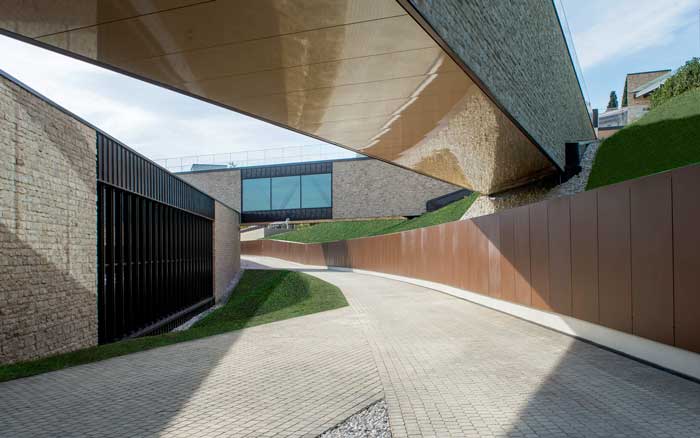 In the case in question, Politecnica has been commissioned by the Società Palazzo di Varignana Srl for the preparation of the preliminary, definitive and executive project and the works management for the construction of 44 new rooms and suites connected to the existing accommodation facility. For this project, Politecnica decided to use Tekla Structures software using the BIM methodology.

The elegant complex is located in Varignana, a small fraction of the Municipality of Castel San Pietro Terme, in the province of Bologna. Born around the elegant eighteenth-century villa of the Bentivoglio family, immersed in the hilly Bolognese landscape where slopes alternate with olive groves and vines, plowed fields and wooded areas.

The design idea stems from the desire to respect the nature of the place, focusing particularly on the relationship that the accommodation has with the landscape and the surrounding environment, ensuring the most appropriate solutions to the maximum comfort of customers. "In adopting the geomorphology of the hill - tells the engineer Giovanni Gamberini, Politecnica structurist. - it was decided to realize three volumes, placed at different altitudes, but connected by two aerial tunnels connected from the top of the hill with the nucleus of the stairs group. The new building allows you to reach the rooms of distribution to the rooms from which you go down to the various levels of the new complex ". 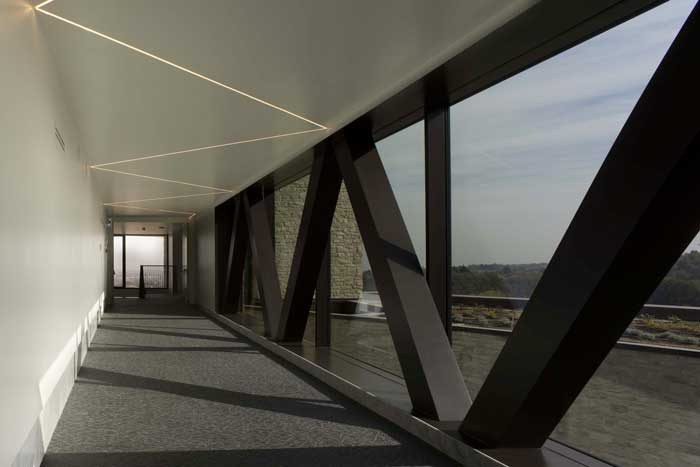 The structure is in metallic carpentry composed of tubular pillars filled with reinforced concrete. The geometry of the foundation piles follows the course of the land adapting itself to the territory. The tunnels that connect the different bodies of the complex have an extension of 50 meters and are anchored upstream, conceptually "free" to flow towards the valley. Through these two structures, you reach the stairwells and finally the corridors leading to the rooms. 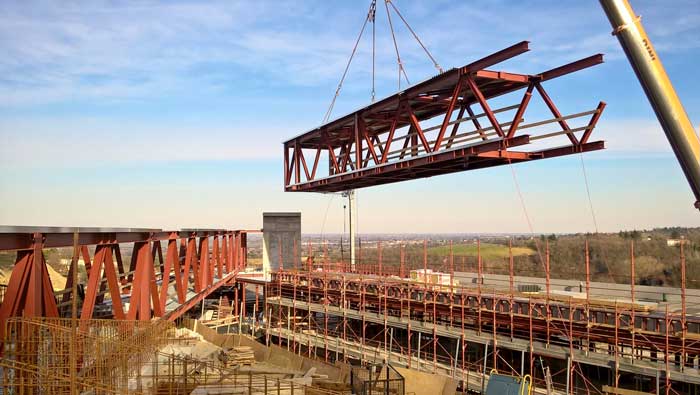 The new buildings are deliberately three to produce the right disruptions of the building and to rebalance the entrance of nature into the breakpoints between buildings. "With Tekla Structures, we have modeled everything in BIM - Giovanni Gamberini specifies -: the formwork, the reinforcement and the tracing of the formwork in the space with particular attention to the interconnection between the tubular pillars, the armor of the stalls and the scaffolding cages of the poles of foundation".

The perception of the new artifact has been the subject of a lengthy investigation in order to reduce its impact and not create dystonia with the surrounding landscape. "In terms of environmental impact assessment - explains Giovanni Gamberini - the three-dimensional modeling and integration with Tekla Structures in the BIM environment were fundamental: firstly, to carefully focus the respect of the morphology of the place, given the strong urban boundary boundaries at heights and surfaces, to constantly monitor the relationships of heights, extensions and building features of the building ".

In line with the Open BIM philosophy, Tekla Structures supports IFC certification and guarantees software interoperability thus allowing perfect collaboration between all the parties involved and the interaction between the different projects from the architectural to the structural one to the plant design. This feature in the project of the Palace of Varignana Resort & Spa has allowed a perfect coordination of all the professionals involved in the construction of the contract.