World’s Tallest Building will be Kingdom Tower, in Jeddah 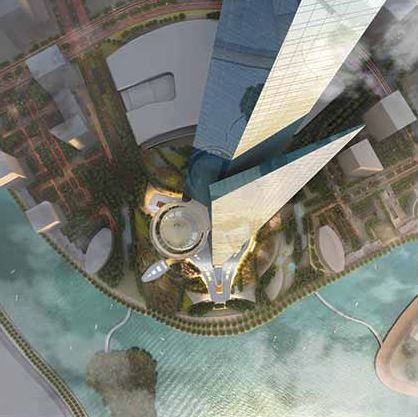 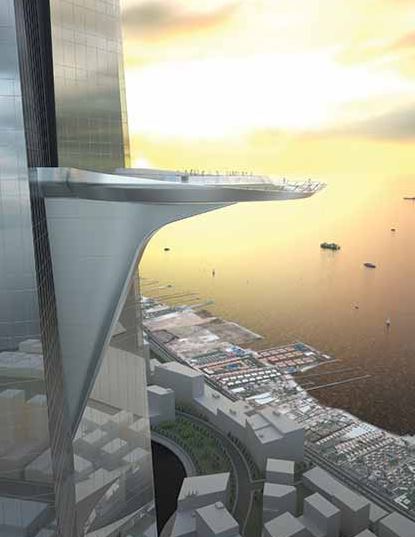 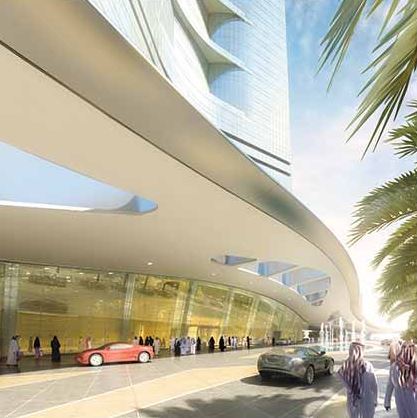 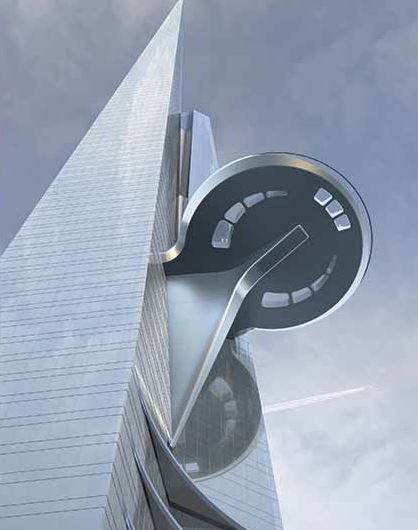 At over 1,000 meters (3,280 feet) and a total construction area of 530,000 square meters (5.7 million square feet), Kingdom Tower will be the centerpiece and first construction phase of the Kingdom City development on a 5.3 million-square-meter site in north Jeddah. The tower's height will be at least 173 meters (568 feet) taller than the world's current tallest building, Dubai's 828-meter-tall Burj Khalifa, which was designed by Adrian Smith while at Skidmore, Owings & Merrill. Kingdom Tower will feature a Four Seasons hotel, Four Seasons serviced apartments, Class A office space, luxury condominiums and the world's highest observatory.

The project was announced by His Royal Highness Prince Alwaleed Bin Talal Bin Abdulaziz Alsaud, nephew of Saudi Arabia's King Abdullah and chairman of Kingdom Holding Company, which is a partner in Jeddah Economic Company along with prominent Jeddah businessmen Samaual Bakhsh and Abdulrahman Hassan Sharbatly and Saudi Binladin Group (SBG). SBG is also the contractor for Kingdom Tower.

"Prince Alwaleed, Mr. Bakhsh, Mr. Sharbatly and I were impressed by the boldness and simplicity of the Adrian Smith + Gordon Gill design," said Talal Al Maiman, Executive Director, Development and Domestic Investments, a Board member of Kingdom Holding Company and a board member of JEC. "Kingdom Tower's height is remarkable, obviously, but the building's iconic status will not depend solely on that aspect. Its form is brilliantly sculpted, making it quite simply one of the most beautiful buildings in the world of any height."

In addition to its status as an architectural landmark and economic symbol, Kingdom Tower will enjoy great cultural significance. "We envision Kingdom Tower as an iconic new marker of Jeddah's historic importance as the traditional gateway to the holy city of Mecca," Al Maiman said. He noted that the southeast leg of Kingdom Tower's tripedal base is on a direct line with the Ka'ba in Mecca, Islam's holiest site.

This tower is a three sided building which also happens to be the first structure to reach 1 kilometer high mark with more than 200 floors and developed with BIM methodology.

Reality Simulation: Does it help to get an idea of the final product?
100
5/5
Waste reduction, labor costs and deviations
80
4/5
Greater control of the construction process
100
5/5
Improves collaboration between agents
80
4/5
Conflict resolution and clash detection
100
5/5
Correction and error handling
100
5/5
+ Post a case study

The BIM allows to be "a good partner for our client"