Kingdom Tower: What Do We Know From The Largest Tower In The World

The building will be finished in 2019, according to the Prince Alwaleed bin Talal 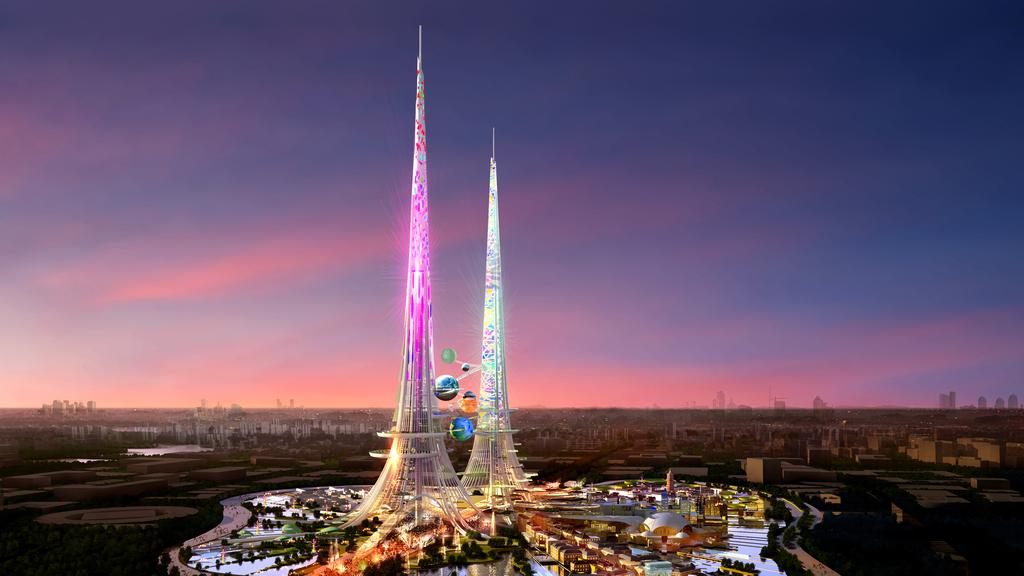 Country: Saudi Arabia
The Burj Khalifa is the tallest tower in the world so far. Inaugurated in Dubai in 2010, its 828 meters has made it the largest center of opulence. However, the Kingdom Tower, with 170 floors and more than a kilometer high has threatened to displace it.
Despite the enthusiasm, the project was planned in August 2011 under the premise that its construction would only take 36 months. Three years later, in November 2014, only 4 floors have been erected, although the Prince Alwaleed bin Talal promised to finish it in 2018. 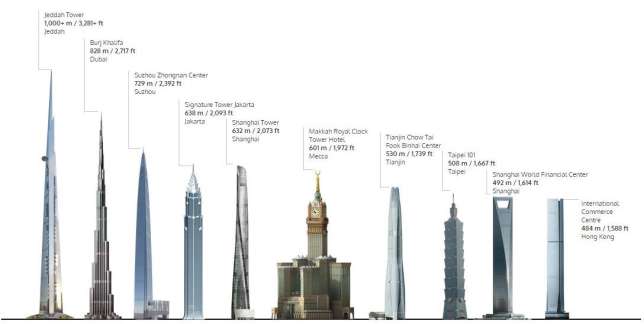 Now, the prince postponed the project once more: "The project has been delayed, but it will be ready by 2019" he told AFP. Alwaleed is the richest man in Saudi Arabia and president of the Kingdom Holding. In 2015, when the tower was only 26 floors, he reached a financing agreement with Alinma Investment to carry out the landmark building.

Initially, the project costs had estimated to be around 1.2 billion dollars, but the delay in time and the fall in the price of oil drastically increased its price which now is stipulated in 2 billion dollars.

The structure of the tower

The tower will have a hotel, apartments, and offices, as well as a large outdoor platform on the top floor to observe the Arab landscapes, which will also work as an "air park". Kingdom Tower will occupy an area of 243.866 square meters and is part of the first phase of the Economic City of Jeddah, an urban project to transform the city into a tourist and business center.

With an exact height of 1005 meters, the building will have 58 ultra-fast elevators that will travel at 10 meters per second, in addition to 12 escalators distributed along the tower. According to estimates, in just one minute and forty seconds, the tourist will go from the subsoil to the top.

According to the Saudi prince, construction will be slow but steady. "The construction of the Jeddah tower will be based on state-of-the-art technology, including heavy-duty reinforced concrete and the pumps used to raise it to record heights," he said from the tower that will be the tallest in the world, but it's barely 30 floors.

Get to know more about the project in our Case Studies section.

How can BIM make a difference in demolition projects

The implementation of BIM in Spain: Past, Present and Future

By Sergio Muñoz Gómez, Secretary of the buildingSMART Spanish Chapter