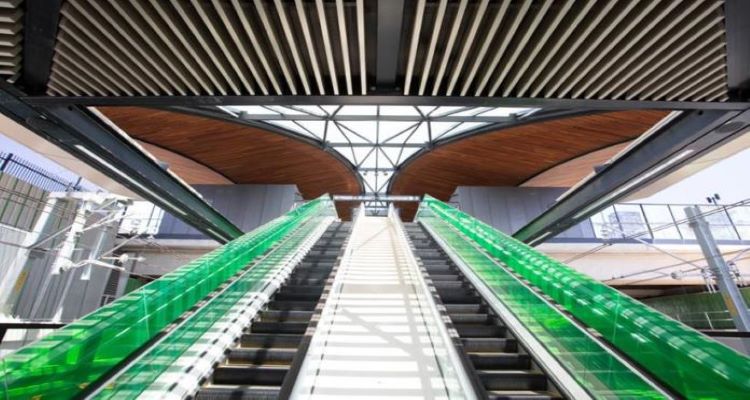 Country: Spain
The design joint venture (JV) of Mott MacDonald's, SMEC and KBR have won the Engineering News Record (ENR) Global Best Project Award in the United States for their contribution to the Northwest Subway Project in Sydney, Australia, which is considered the best internationally.

The project design for eight new stations submitted by the company included: three subway stations, three new suburban stations and two new elevated stations. In addition, it was in charge of the installations related to the maintenance of the train parking lots, new tracks, air power systems and civil works and parking lots.

The involvement of the BIM in this transport infrastructure allowed to minimize costs and time and was a benefit for constructability. In addition, JV's highly innovative design decreased the use of raw materials and on-site labor that were replaced by prefabricated elements. This tactic was reflected in improved efficiency and sustainability both at the construction level and in maintenance operations.

SMEC's Director of Strategy and New Business, Neil Evans, stated in 2015 "SMEC was already on the road to BIM. We see BIM helping us streamline our workflows and improve efficiency. The North West Rail Link project inspired us to accelerate the pace of our BIM adoption and is proving to be an invaluable asset to the project". He added, "Moving from manual drawing to 2D design tools was a big step, and moving from 2D to BIM is just as important. People sometimes equate BIM with 3D visualization, and it's more than that. It generates a body of knowledge in BIM that can be used from conception to dismantling. As the building changes, intelligence is added within the model. There is an opportunity to add quality and save time and money at every stage.

Autodesk's Navisworks and Revit were the platforms that SMEC used to carry out the modeling mainly because of the first software's ability to detect collisions. Steve Macbeth, SMEC's CAD Manager, also noted in 2015 the improvements that the BIM had brought to the 2D design. "You have an immediate view of what the other disciplines are doing and even the customer can give more and better information sooner because the direction of the design is clearer.

The award studies and recognizes the challenges, risks and rewards of design and construction around the world and crowns those teams that produce projects that reflect those efforts. Mott MacDonald's General Manager for Australia expressed his appreciation: "We are incredibly proud to have received this global honor. Sydney Metro Northwest truly demonstrates what can be achieved when we connect our thinking between global expertise and local knowledge.

7 reasons why transition to BIM is important for SMEs

BIM cuts work and unnecessary wasted time, allowing companies to get the most out of their projects

Taking the BIM beyond Construction

Work to be done after delivery