Brian Johnson, managing partner at Godwin Austen Johnson, explains how the architecture of Dubai has evolved over the last 30 years 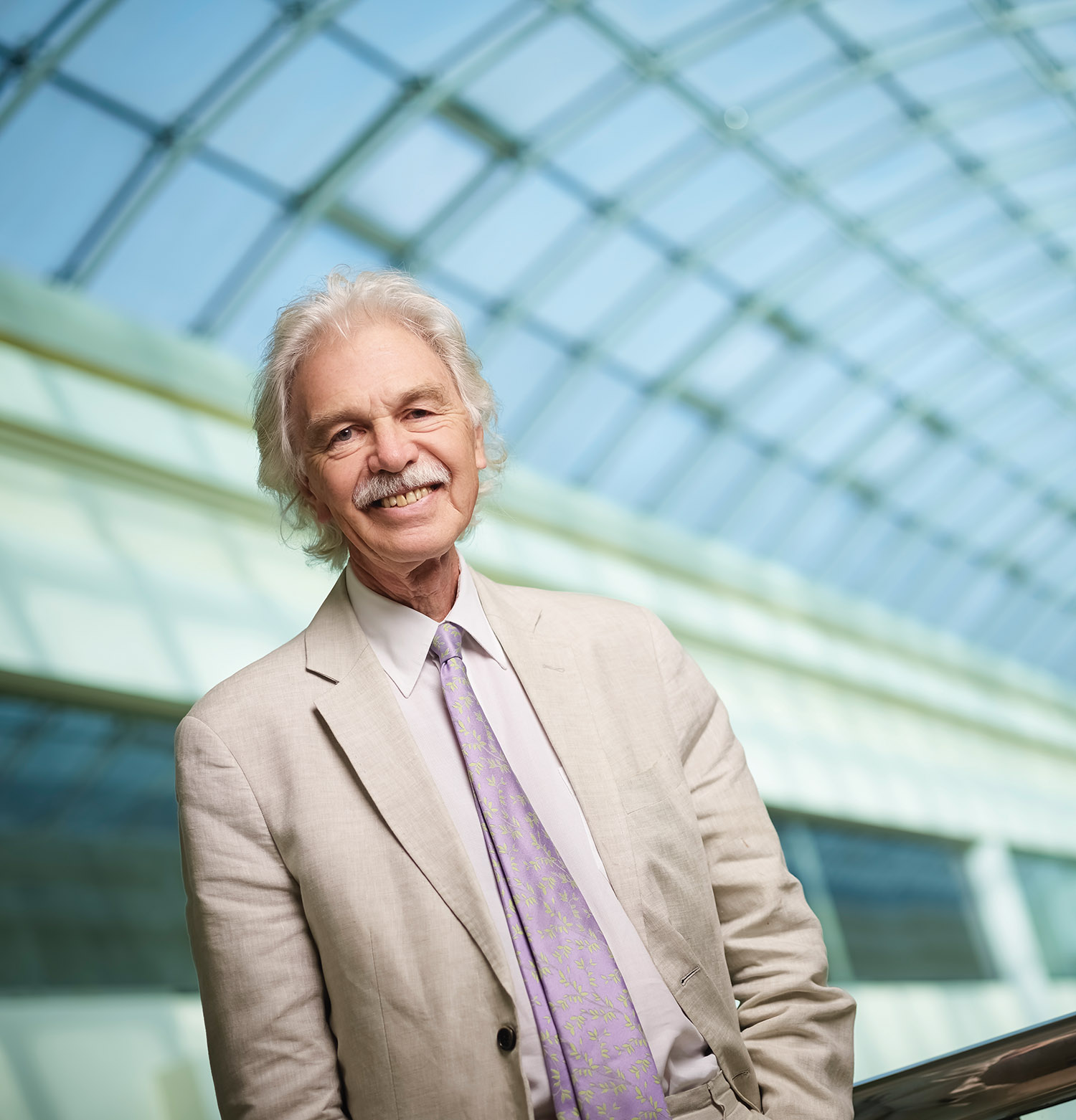 Country: United Arab Emirates
Dubai has captured the attention of people around the world thanks to its innovative, large-scale construction projects. Iconic developments such as the Burj Al Arab, the Palm Jumeirah and the Burj Khalifa have made the city famous, and as the city gears up for Expo 2020, there’s no doubt that Dubai will continue to attract attention to itself.
What’s interesting is that much of what Dubai is today was designed and built in the last 30 years. Several companies have been instrumental in shaping the city’s landscape, and Godwin Austen Johnson (GAJ)’s portfolio is among the most impressive. In its nearly 30-year history, the architecture and design firm has helped bring some of Dubai’s most iconic buildings and projects to fruition, including the Dubai Creek Golf & Yacht Club, the Arabian Court at The One & Only Royal Mirage, the Dubai Creek Yacht Club, the Bab Al Shams hotel, the Jebel Ali Golf Resort & Spa Hotel and, more recently, developments such as Marsa Al Seef.

GAJ was founded in London in 1989, and a year later the firm’s headquarters in Dubai was launched by co-founder Brian Johnson. Johnson first came to the UAE in 1975, and although he returned to the UK for a brief stint in the late ‘80s, he was soon back in Dubai to launch GAJ’s operations. With decades in the region under his belt, the British architect has seen the evolution of architecture and design in Dubai first-hand and continues to keep an eye on the city as GAJ’s managing partner.
“When I first started working in Dubai in 1975, I was doing a lot of schools and there was a desire for Dubai to show that it was part of the international world and keeping up with international standards. Around 1989, there was a slight change in the sense that Dubai became more of a tourist destination. Then you started getting people saying that they wanted to come and see, according to the manager of the Arabian Court which we designed, “the magic of Arabia”. So there was this desire to reflect the heritage of the region, and whether that was just the more traditional architecture of the interior or Islamic architecture from across the region, that changed the basis of what we were doing.”

According to Johnson the shift was perhaps a bit too dramatic, but he notes that maturity ultimately prevailed. “The pendulum swung arguably too far in the other direction in the early ‘90s, and you then had a lot of buildings built by the creek that seemed to have a traditional wind tower on top. So we went from extremely modern to extremely traditional, but thankfully the market went back to being more sensible. It matured and has stayed at that level – people are now choosing the architecture that suits the purpose, so if a project is tourism-related it’ll be designed in a certain way, and if it has a different purpose it will be designed to that specification.”

Johnson points out that Dubai’s leadership has always played an active role in the evolution of the city’s architecture and infrastructure and that each emir made his own unique contribution. “Under His Highness Sheikh Rashid, you had projects such as the drydocks come up, and even before His Highness Sheikh Mohammed became emir of Dubai, you could see he was a driving force for a different sort of project.”
Since those early days Dubai’s landscape has continued to evolve, and the result is a city that now caters to both indoor and outdoor tastes of both residents and tourists. Johnson explains, “Today, if you look at projects like La Mer and City Walk, they are enormous and you realise that there are suddenly a lot more outdoor places to visit and spend time. The city has moved beyond big shopping centres and I think that shows an interesting vision. With projects like this, the city is encouraging being outdoors rather than spending all your time indoors in a mall. There’s room for both, clearly, thanks to the weather, and as a result you can see the projects are busy at different times of the year.”

With regard to making decisions about the city and projects, Johnson explains that too has evolved as data and analytics are increasingly being relied on by decision-makers. “People are looking at data as a metric to make decisions – before, they might have used their gut feeling or turned to market sentiment to decide on how to proceed. Now they consult with the background data and look at factors such as visitor numbers, visitor breakdown, salary levels and expectations, etc. I think Dubai has become very data-centric, shall we say, and ultimately the more connected we get, the more data is collected and the more everything will fit together as a connected smart city.”
Tourism has been a significant contributor to Dubai’s economy for decades, and now the city is targeting other aspects of tourism and is also keen on adding educational institutions to its landscape, in a bid to attract families and cater to their children’s educational needs.
“When you talk about tourism, the primary focus is holidays but medical tourism is also growing in popularity. Here, it’s not only about attracting people from the surrounding region. If you consider the number of people who live here, there is a need for quality facilities that can offer extended/ongoing care in case people have accidents and need rehabilitation, for example. We’re involved with a project that is bringing that sort of rehabilitation facility to Dubai, which is something that hasn’t been done before. It’s not just about skills and competency, which Dubai already has, it’s about designing and building facilities that are equal to or better than the best the world has to offer.”
With regard to education, Johnson adds, “There are a lot of people with kids here, and if you looked at Dubai in the ‘80s, ‘90s and even early 2000s, there weren’t that many schools and universities. As a result, you’d see a lot of families migrating or sending their kids overseas for their education. That has reduced significantly in recent years, as families are taking advantage of the new educational facilities, which means they get to be close to their kids while enjoying the lifestyle that Dubai offers. We’ve already seen some beautifully designed schools and universities appear in the last couple of years’ and I think there’s still a bit of room to grow in that segment.”

Speaking about what influences architecture and design in general, Johnson highlights materials as having the biggest impact.

“Modern materials give you the freedom to design things differently. In the past, if you consider a material such as stone (which was and still is popular), it could only span a certain distance so you had to design keeping that limitation in mind. With modern materials it’s quite different, so materials really do define what you can do from an architectural standpoint – there are now certain materials that can span 6m (for example), which means you can specify it and design the building accordingly.

“Older predominantly stone buildings might have been built with longer lifecycles in mind, but with new materials you can do more interesting things and perform maintenance and upgrades to keep them fresh. Developers such as Meraas and Emaar are using these materials to their advantage and are pushing the margin with regard to their projects.”

Technology such as BIM is also influencing the way buildings are designed and built. GAJ was an early adopter of BIM and is committed to training its staff so they can ‘speak the language’.

“BIM is a sort of language, and we have a training programme and some very talented people in the office to help other members of staff to get into it. The aim of BIM is to provide complete integration, which will have a positive impact on projects. There is a challenge, though, because as with all technology, the more you get into it, the more complex it becomes. The other danger is an over-reliance on it or indeed any technology. People might stop thinking for themselves as the technology gets smarter and start believing the machine or technology outright, so when mistakes are inevitably made, people may not be able to spot it before it’s too late. Using this technology is clearly the way forward, but I think it’s important for people to take a step back every now and then and exercise their own judgement and common sense,” concludes Johnson.

BIMCommunity and Bentley Systems agreed on a mutual collaboration

BIM standardisation is important because it helps us to communicate better

José Carlos Lino highlights the efforts of CEN/TC 442 and encourages the sector's agents to work collaboratively.