Dustin Parkman: "I think there will be some favorable changes to our industry as a result”

We spoke with Dustin Parkman, vice president of project delivery at Bentley Systems, to discuss the effects of COVID-19 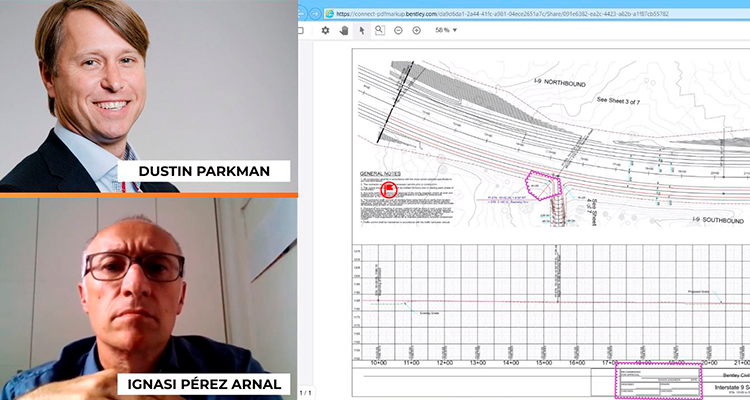 Adapting to change, the universal challenge. Regardless of whether we're speaking on a small or big scale. The COVID-19 has put the world to the test when it comes to facing this great premise, from the people themselves to the companies. All sectors, for better or worse, are living their own revolution, and as far as AECO is concerned, especially in the world of infrastructures, it has become clear: disorientation reigns; much information in the air but few proposals on the table. However, among those few, without a doubt, Bentley Systems initiatives stand out, especially ProjectWise, a solution based on collaborative workflows of infrastructure design.
It is, in other words, an effective response to the proposed change. And there's no one better than Dustin Parkman, vice president of project delivery at Bentley Systems, to tell us about the importance of the CDE (Common Data Environment) and the significant role it is playing. Ignasi Perez Arnal, Founder and CEO of the BIM Academy and Professor at the Zigurat Global Institute of Technology, moderated the video interview. 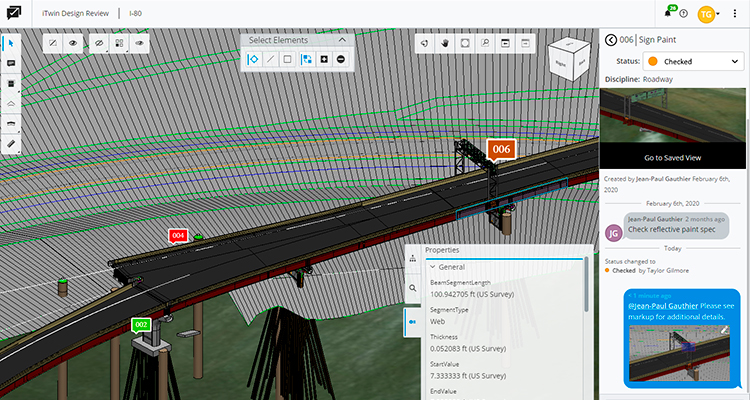 There's been a lot of talk about CDE, but Parkman points out that for Bentley, “What we really mean by that, is a place that not only stores information across different supply chains and suppliers and subcontractors but also has a backbone of workflow that takes the information”.  Because sometimes concepts are confused, and it's thought of as just a monolithic area for storing information. As far as ProjectWise is concerned, he comments that "It's an engineering focused CDE. It allows not only for the collaboration of design applications and the complexities of space management, all being one positive board. It also deals with the federated nature of subcontractors. It allows them to all work together, share information, share the right information with the right people at the right time so that you can kind of filter out the noise, so to speak”.

Bearing in mind that 98% of AECO services in the world are provided by small- and medium-sized companies, an elementary question arises: Is ProjectWise scaled for these smaller companies? Or it depends on the complexity of the project and contracts systems? Dustin responds: “CDE had been at the top of the pyramid of complexity of projects where you have complex joint ventures or maybe their design build types of projects or CNPC types of projects where you've got this kind of different type of commercial delivery mechanism. And so that's traditionally where ProjectWise’s focus has really been. Now, with the introduction of ProjectWise 365, so essentially, you're waiving a subscription fee if you're an infrastructure”.
Dustin brings us closer to these and many other realities in this succulent interview in which we also talk about the connection between PojectWise and Microsoft Teams. View the full interview through BIMCommunity.

The power of connected data