How a billion-dollar road project convinced the world? 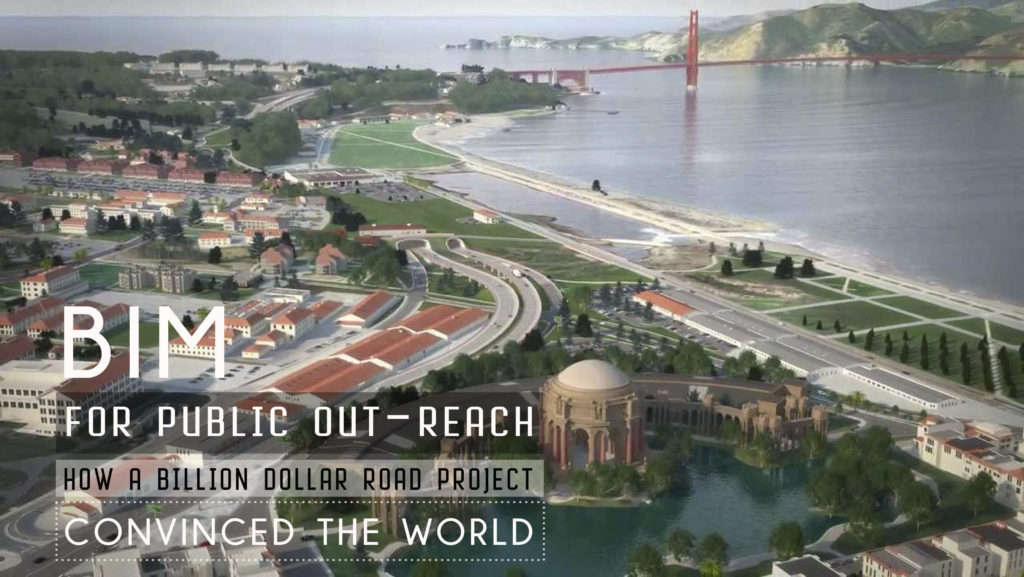 In 1991, a team of inspectors walked the Doyle drive. A historic driveway that leads to the famous Golden Gate bridge, and the Presidio National park in California, USA. Since 1936, this drive had been a passageway for an estimated 120,000 people daily, helping them cross the Golden Gate bridge to and from from the mainland of San Francisco. But in the year 1991, the road inspectors sensed, that this driveway was becoming structurally and seismically unsafe, and it was time for a new healthy driveway to replace it.

So shortly after the inspection, they set up a task force named the Doyle Drive task force, which was to act as the fore group to propose design considerations, gain allowances and oversee the driveway project to timely completion. The task force worked actively, and within a few years, defined the scope of the project, informed other organizations of their intentions, and received a whopping 1.045 billion dollars as funds to reconstruct this 1.5-mile-long stretch. The new Doyle Drive was now to be called the Presidio ‘parkway’ after reconstruction, and was to feature state of the art tunnels, address numerous environmental concerns, construct several temporary retaining walls, and bypass traffic to a temporary drive for 3 years.

The new Presidio parkway opened to the public in 2015, and received several awards commemorating its success. But as the task force recalls now, this infra construction project wasn’t a typical one. It posed an unfamiliar challenge.

The Presidio parkway connects two historical and environmental sensitive zones. The Golden Gate bridge and the Presidio national park – both of which are national historic landmarks, and a part of the national parks system. So when rumors of it’s reconstruction began to surface, it not only attracted some positive public response, but also some staggering criticism from various organizations and public at large.

The public were drawing expectations from this infra construction project. They no longer wanted the driveway to be designed as a driveway, but wanted it to be designed as a parkway (an open landscaped highway). They wanted it to complement their rich history, culture and their natural surroundings. As the House Democratic leader, Nancy Pelosi put it then, “This project represents the best of our city: our innovative thinking and entrepreneurial spirit, respect for our natural resources and beneficial partnerships between the public sphere and private sector.” The public wanted the Presidio parkway to represent them. And further they demanded to know: how the task force planned to shift them to a temporary bypass while they constructed the new Presidio Parkway?

The answer to this criticism seemed simple. Give the public what they want, and their criticism would change into approbation. But paradoxically, when the task force obliged to their demands, and presented the project drawings to the public body. They faced two disappointing outcomes:

Why then was the public behaving this way?

The problem, as they later found out, was in the presentation of the drawings. All this while, the task force had been presenting the drawings to the public in a set of 2-D plans and elevations, which naturally the general public were incapable of comprehending. They did not have the trained professional eye to read civil drawings. And because they were not able to visualize what the outcome is going to be. They revolted.

In a way, it was like offering a kind word to an Englishman in Chinese, and accusing him of not accepting.

The solution to this problem was obvious. The task force had to innovate to speak to the public in a language the public understood. They could no longer afford to present the drawings to the public in 2D. If the plans were to be accepted by them, they had to look realistic.

So in 2011, they launched a public outreach program, and requested their design and construction team to construct BIM-based designs, visualizations and construction simulations to be presented to the public. By the end of that year, they produced 40 photo simulations and five video animations, illustrating the impacts of construction on the surrounding environment, and offered the public, visual depiction of impacts in key areas along the roadway.

Further, the team improved on the 3D project model to develop it into a 4D and 5D project model, by integrating the 4th dimension of construction scheduling, and 5th dimension of cost estimation into the 3D model. They then presented all of these to the public, in a format that could be easily read and understood by them.

Why do we lack the motivation to transition to BIM?

Why well-managed automation is the base for successful infrastructure

Gree integrates its Eurovent-certified data into its BIM objects, thanks to its partner BIM&CO