What would you like to read about in books&articles regarding BIM? Let us know and win an amazing book

The International Day of the Book, promoted by UNESCO from 1995, supports reading, publishing and copyright worldwide 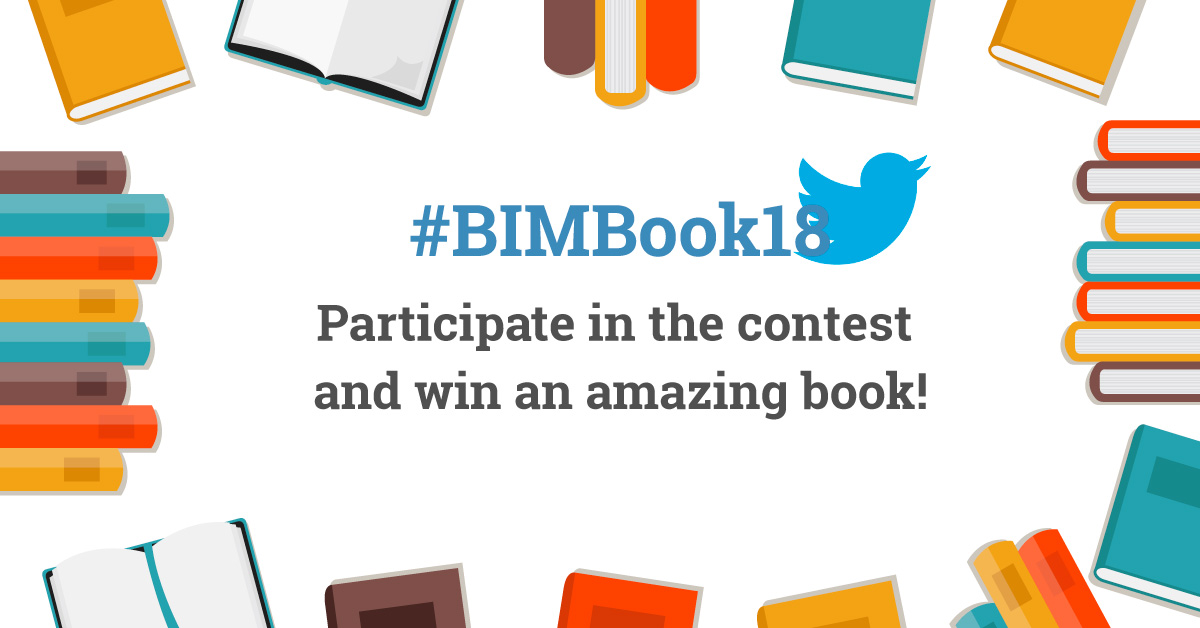 Country: United Kingdom
Known around the world as the International Day of the Book or the World Book Day, April 23 is a highlight on all calendars. As you may know, the aim of this initiative, which is promoted by UNESCO from 1995, is to support reading, publishing and copyright worldwide.
Although in the United Kingdom, the day is recognized on the first Thursday in March, and in other countries as Chile, Uruguay and Paraguay the tribute to books is on November, May and June respectively. The World Book Day was celebrated for the first time on 23 April 1995.
Did you know that the original idea was of the Valencian writer Vicente Clavel Andrés as a way to honour the author Miguel de Cervantes on his death date (April 23)? This date is also the anniversary of the death of William Shakespeare and Inca Garcilaso de la Vega, as well as the birth or death of several other prominent authors. That’s why April 23 was the chosen date by the UNESCO to promote the International Day of the Book.
Maybe right now you're wondering, what does this have to do with BIM? Continue reading...

To celebrate this day, Cervantes's Don Quixote is read during a two-day "readathon" and the Miguel de Cervantes Prize is presented by the Spanish King in Alcalá de Henares.

In Catalonia (Spain), St. George's Day has been 'The Day of the Rose' since 1436, and involves the exchange of gifts between loved ones and respected people—it is analogous to Valentine's Day. Although World Book and Copyright Day has been internationally celebrated since 1995, books were exchanged on 'The Day of the Rose' in Catalonia since 1929, in memory of Cervantes.

Don’t miss our special ‘Day of the Rose’ BRIM version to commemorate this date:

If you want to learn more about the BRIM methodology, you can take a look to this interview in which the civil engineer, José Carlos Lino explains its key points.

Participate in #BIMBook18 and win an amazing book

In BIMCommunity we didn’t want to miss the opportunity to celebrate our own #BIMBook18 Day, paying a special tribute to the works and authors who talk about BIM. That’s why we have organized a special contest, in which an honored jury will pick the most creative answers to the question: ‘What would you like to read about in books&articles regarding BIM?’ and put a copy of their book at the disposal of the winners.
Willing to participate?

tweet answering the question before April 24: What would you like to read about in books&articles regarding BIM? With the hashtag # BIMbooks18.

3. If your post persuade the jury, you will gain one of these three books:

We would like to specially thank Mark Baldwin, Stefan Mordue, Viero Hernández and Luisa Santamaria for being so committed to the sector and for making #BIMBook18 happen. We are extremely happy to have them on board.

Good luck to all the participants, looking forward to read all your contributions!

We interviewed Lucrecia Real, BIM Manager at Ebisa Hidroenergía, who has participated in one of the largest infrastructure projects: the Panama Canal

Minsur, the Peruvian mining company, uses the BIM 4D to visualise and report on the complex construction of the waste reprocessing plant.

BIM adoption around the World