Could Machine Learning be the new scope for BIM?

Artificial Intelligence, namely, Machine Learning is widely used in a variety of fields, ranging from data analysis to computer vision and image recognition.

The construction industry employs about 7 percent of the world’s working-age population and is one of the world economy’s largest sectors, with $10 trillion spent on construction-related goods and services every year.

In the last decade, building information modeling (BIM) has increased significantly and it has successfully assisted in eliminating faults in designs. BIM allows architects and engineers to create three Dimensional simulations of the desired structures which contain significantly more information, on the actual structures, than drawings produced using the traditional Computer Aided Drafting CAD system. As a result, BIM has become widely accepted in the construction industry.

This year at BILT Europe, a significant topic that has drawn our attention is the implementation of Machine Learning and Artificial Intelligence within our industry. While this technology is exploding across other various industries, the construction industry is renowned for its poor productivity and is known to lag behind other industries in the rate by which improvements are introduced.

The usage of BIM promises to revert this trend, but software tools able to implement BIM still require quite laborious routine tasks to properly execute BIM. 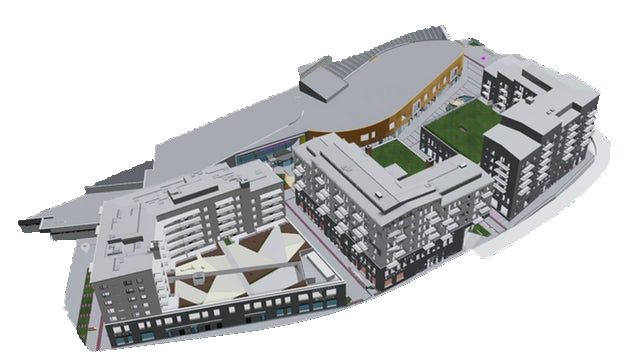 To continue to dig deeper into what the future of our industry could look like, we asked our friend Ricardo Farinha at Sweco to share with us the work that they are doing that has the potential to revolutionize the future of this industry. You will also see his colleague at Sweco, Jostein Berger Olsen presenting at this year’s BILT Europe with his session “Computational Thinking in Infrastructure Projects: Why, What and How”. This will get attendees to start thinking outside the box to explore how concepts from infrastructure design, math and technology can be used to increase efficiency, reduce errors and maybe also add parametric beauty in your projects. Jostein was our number one rated speaker from last year’s BILT Europe and is sure to impress again this year. 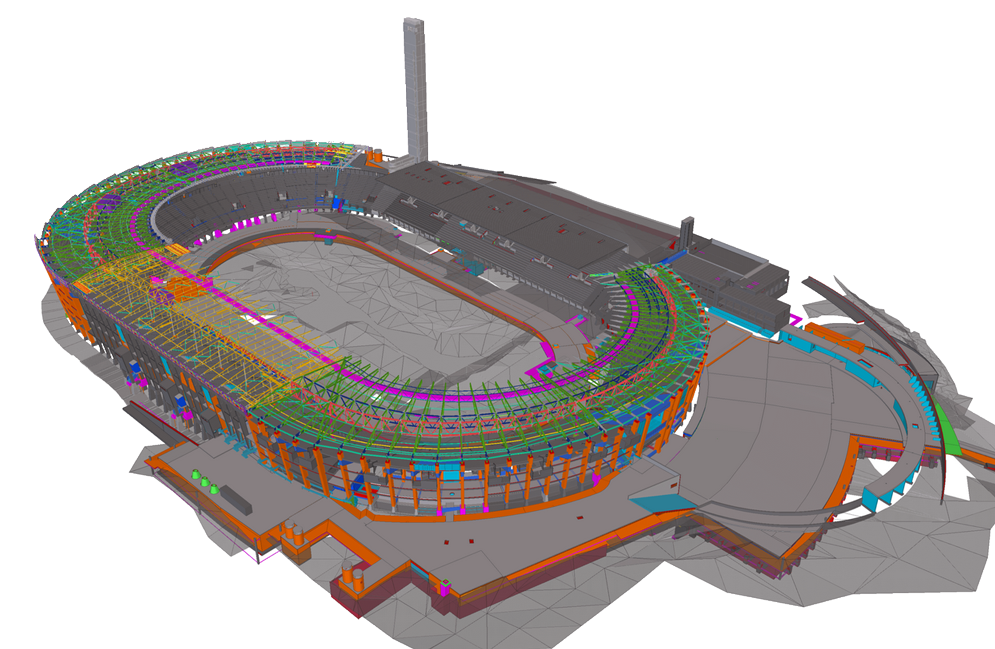 Over the past decade, Sweco has been improving its productivity and design quality by developing processes and software tools created from sets of predefined rules. These extensions are then used on top of the existing BIM tools to replace many of the routine work done by engineers. These approaches, while promising, have not yet been able to take full advantage of the information gathered in previously engineered BIM models. Moreover, they have not been able to improve themselves without the help of a software engineer.

Artificial Intelligence, namely, Machine Learning is widely used in a variety of fields, ranging from data analysis to computer vision and image recognition. However, it is not yet widely used or even researched in BIM or more generally in the Architecture, Engineering and Construction (AEC) industry. One reason for this is that the storage of digital information in this area, that can be used in research and development, has only recently started.

We at Sweco believe that in this Digital age, where change is a daily constant, these new type of Intelligent software tools are the next evolutionary step we must take to further optimize and enhance our quality and processes. 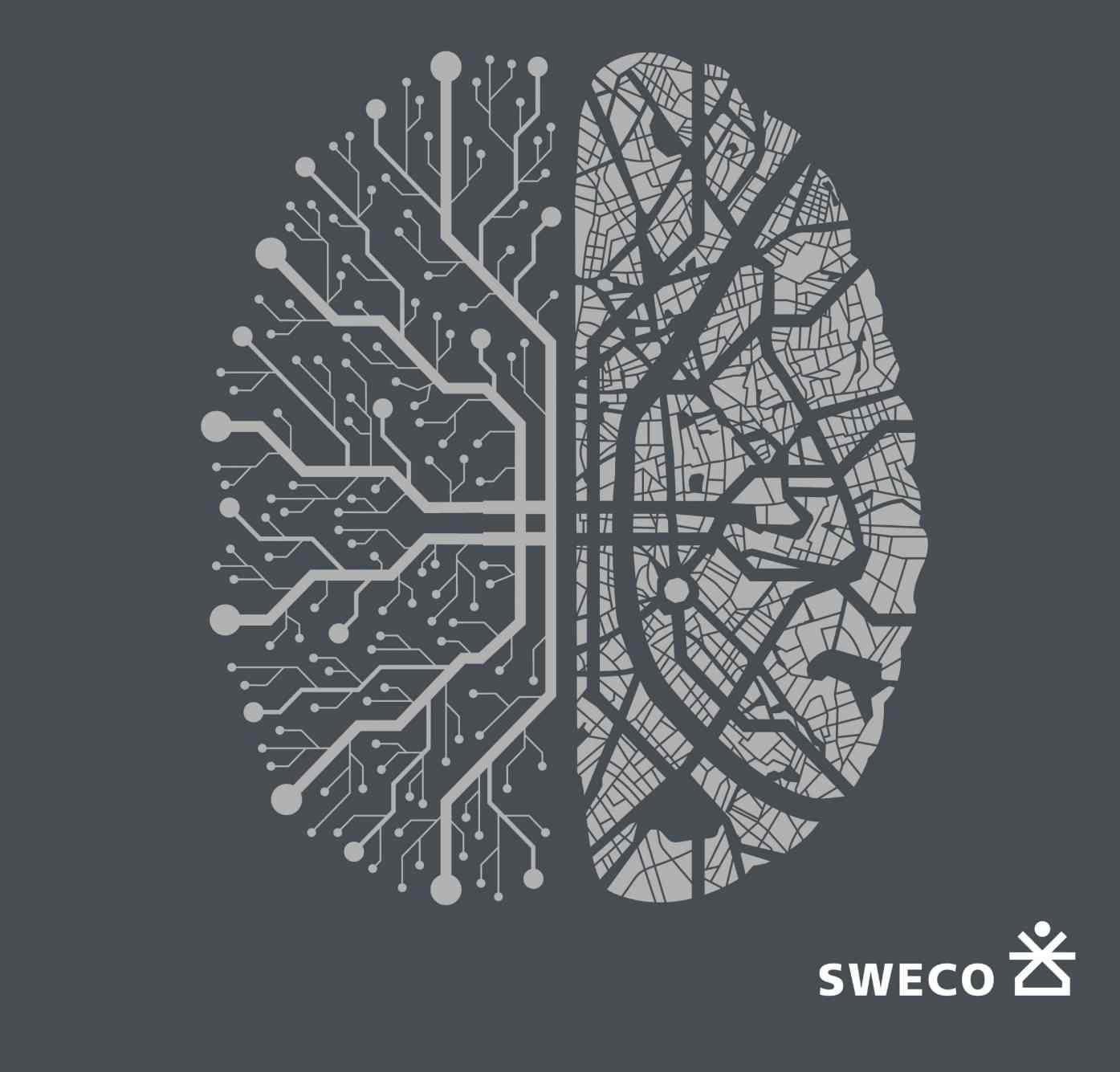 The Northern European countries, where Sweco mainly operates, have been among the first in the world adopting BIM. This has allowed us to collect tens of thousands of BIM models and other data that is required when starting to implement Artificial intelligence methods.

Our first deeper contact with Data Science, in Finland, started in the first quarter of 2016 when we started educating, planning and prototyping in that field. Soon after, we realized that digitalization technologies like this, are a huge opportunity for us to reinvent our processes, create new business models and put our customers at the center of everything.

Around the same time we started, there has been huge movement inside Finnish government agencies to promote these type of Digitalization initiatives. For example, see the video below, created by Business Finland (Finnish funding for technology and innovation), released in mid-2017, in the year that Finland turned 100 years old, with this video they aimed to show how Finland could help reshape the next 100 years.

Besides Sweco’s own internal investment on Digitalization, in Finland we also got funding from both Business Finland and KIRAdigi, to help us in this quest of innovation, discovery, reinvention and of course a true desire to change the world. This change will come, one step at the time, by challenging the status quo of the commonly traditional construction industry.

These past years have provided us with lots of learning, development, excitement, disappointments, hard work and above all fun. They have also brought us many, many hard failures, but also a hand full of successes. Among those successes there is the research done in graph theory and neural networks applied to the analysis of the designer’s actions inside the BIM software. We have also created many AI powered recommendation systems using different combinations of data science methods which are fueled by both the user actions created by the designers and the historical data composed of the thousands of previously designed BIM projects created, in the past, at Sweco.

In the video below, you see a short example, of the first prototype version of the latest design recommendation system we are currently working.

At the moment, this system learns from historical data. It learns how to make reasonable suggestions to our users when they are designing precast wall elements inside Tekla Structures software. In the future, it will also learn from experiences, in on-going projects adapting itself to become better and better, like other similar systems we have created in other areas, such as, automatic connection design.

We live in exciting times, where technology ensures that nothing is impossible. Help us digitize the AEC industry, help us change the world.

Written with the help of Ricardo Farinha, See his Twitter and LinkedIn for more information on the progression of Sweco.