How technology is streamlining the preconstruction process

The shared platforms benefit all parties on a construction project 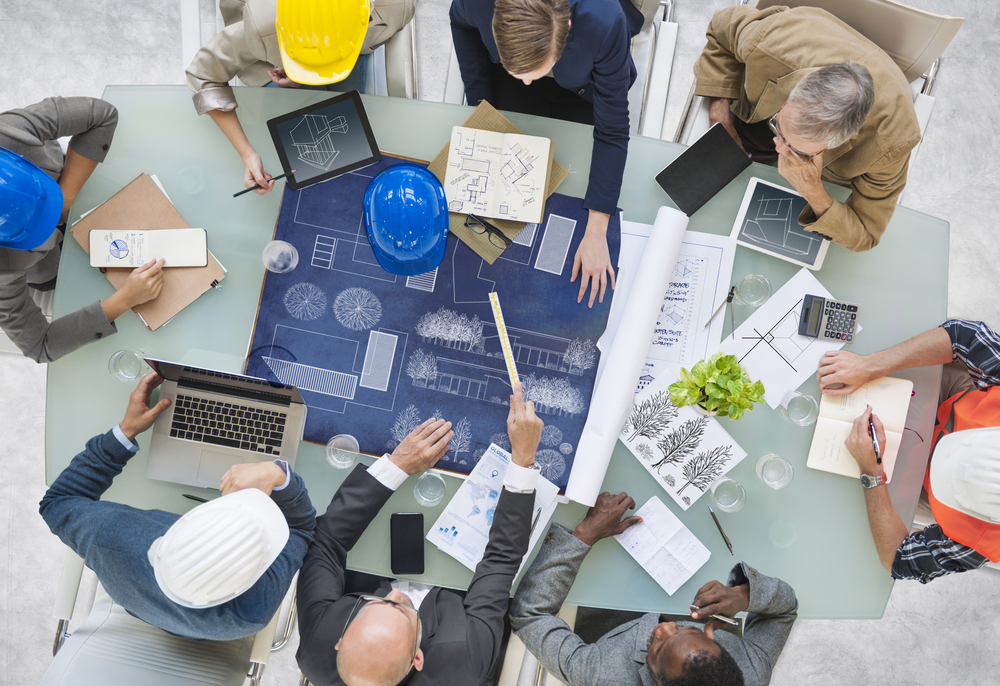 Country: United Arab Emirates
Contractors used to have to swim through a sea of paperwork to perform any number of preconstruction tasks, including quantity takeoffs, collecting bids from subcontractors, checking vendor qualifications, communicating with the owner, and clarifying design issues with the architect and engineer.
The digital age alleviated the burden of paper but resulted in still siloed functions that chop up the preconstruction process. In addition, the use of multiple, not-integrated software programs, which can be frustrating to use as well as time-wasting, leaves the door open for potential data entry mistakes that could mean the difference between winning and losing a project.

Perhaps the most cumbersome task that comes with using various programs for preconstruction tasks is that teams often must rebuild a project’s database of information into a separate management system when awarded the job.

Michael Boren, chief technology officer at Beck Technology, a software and services company for the architecture, engineering and construction industries, said the best digital tools lessen the chance of mistakes during preconstruction, thereby reducing risk during the construction phase; communicate pricing and scheduling in a way that owners can easily understand; improve the accuracy of estimates; and be able to communicate the impact of large-scale changes to the plans and specifications to all parties. During the preconstruction phase, Leek said, digital tools like these allow PARIC to get through the iterative process more quickly and in a more transparent way, which encourages collaboration. “[The functionality] is helping to remove barriers,” he said.

“If we can throw it on the screen using tools like that, we can filter it down to pertinent pieces of the conversation,” Leek added, “which [results in] a stronger understanding on the client’s part.”

Such open access to project information, the contractor said, also allows for a variety of opinions. When the team, which includes the owner, architect and PARIC representatives, is reviewing the latest subcontractor proposals or some other element of the construction process, everyone sees something different. “It’s interesting to get cross feedback from across the room,” Leek said. “The discussion ends up going in a direction you don’t expect. Everyone is bringing value.”

In addition, the more effective the digital tool, the faster contractors can complete traditional processes, such as the subcontractor buyout process. “Leveraging the systems, we’re able to do it a little quicker and share information faster,” Leek said.

There are also collaborative relationships among digital tool firms. For example, Trent Miskelly, senior vice president of products at JBKnowledge, said his company has partnerships with firms like Stack, which offers estimating software, drone service companies and blueprint provider Plans4Less to make the preconstruction process as seamless as possible for customers.

“Change has come through the power of the cloud,” said Donald Henrich, Assemble Systems president and CEO.

Some of the most exciting stuff, however, happens when tools tie all preconstruction information together in a central platform, like those offered by companies like Procore and Autodesk.

John Adams, senior industry strategy manager of construction at Autodesk, said companies like Beck and Assemble Systems began creating links into Autodesk BIM tools like Revit and Navisworks so that contractors can pull quantities from modeled elements of projects and load them into their estimating solutions. There wasn’t a direct benefit for Autodesk in allowing third-party vendors to do that, he said, but the indirect benefit was that it added value to the company’s BIM solutions and allowed more than one use of the data generated into those BIM programs.

“Now those same users,” he said, “are tapping into Autodesk’s BIM 360 construction management platform and are able to share information the way they did in the preconstruction process.”

These shared platforms, Adams said, benefit all parties on a project. Contractors, he noted, can load and then find information from all of their preconstruction tools in one place, and vendors are not siloed in their solutions, all of which means that the customer can leverage a connected workflow and customizable solution.

This opens the door for continuous cost modeling, a more thorough design process through the course of the project, and the ability to make and share changes on the fly when. In the past, project teams were limited to one or two iterations.

Leek said PARIC uses BIM 360, and gives controlled access to that information, after a brief training, so that owners, architects, subcontractors and other members of the project team see only the information relevant to them.

“[BIM 360] is extremely helpful,” he said. "When you’re going through the iterative process, there’s this trail of bread crumbs that happens — design changes, etc.”

Leek said the revisions and modeling that impact the schedule and estimate all contribute to that trail and can be tracked to find out exactly how the project evolved the way it did.

“If someone can jump into the model and start doing overlays, you can physically see what changed,” he said. “You don’t have to believe me or take my word for it. Get into the model itself and take a look. You can see for yourself.

“That’s where the transparency comes in,” he said.

BIM for Smart Cities – Why is it a necessity?

If you are a teacher or a student, apply for an educational license