DAY ZERO: Drought and resentment in Cape Town (PART I) 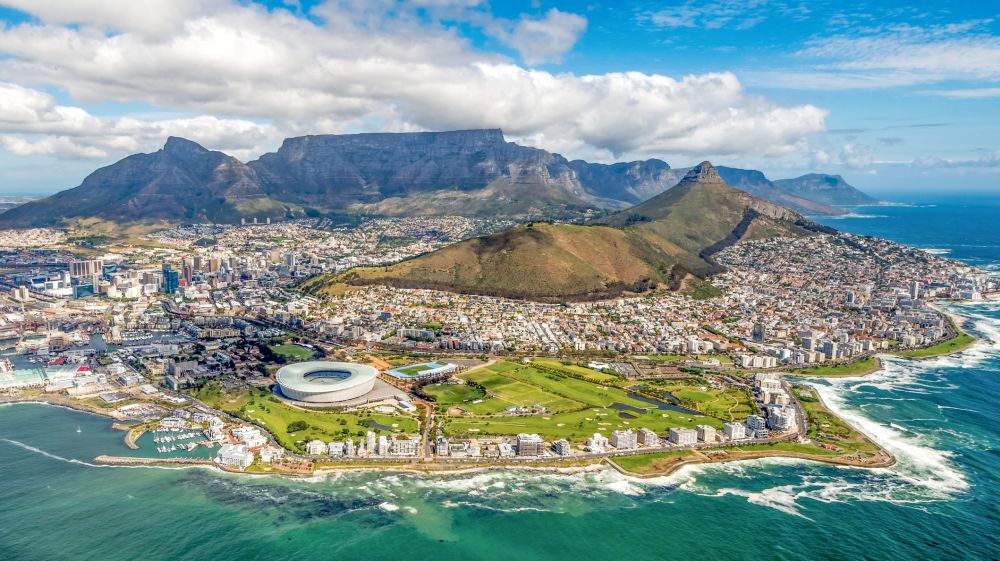 The news water bloggers and reporters of the hydraulic press are delighted with, is the catastrophic announcement of the consequences of the drought in the South African megacity - that will be, apparently, terrible for the supply of its inhabitants and visitors. If God and Climate Change do not avoid it, there will soon be no water in the city - when the dreadful  april day arrives in which the water managers will cut off ordinary water supply and no longer will go it out through the taps.

The zero day will arrive on April 16th, if each day before they go on consuming 0.6 hm³ and the dry summer weather does not bring rain.
At the beginning of February, capetonians just entered 6b level in restrictions that limit the person/day consumption to 50 liters. But usually it does not  start raining until autumn - next May. These news cause alarm and scandal, being Cape Town the first major city in technologically modern world that must accept its planning failure and try to benefit from praying for rain to get out from the course. This return to the tribal traditions seems non-tolerable to many.
In analysts' view, the reasons to this situation are four:
This piece of news has a great media pull, like everything that smells of catastrophe. We want to approach it from another point of view, believing that it is quite different from all the news pieces we have read lately. We let the conventional informers the most obvious details about the sequels that will come, essentials to understand what is happening -though not very seductive- and the judgments that are issued about the blames. And we focus on what we are interested in, that is to deal with the deep reasons of the problem: the commitment, the guilt, the future of water in that city, and the state of mind that both these situation and the rivers of ink that are poured to get rid of it, how all of them provoke the suffering of users, which is no other than resentment.
At the end of the day, our differential fact in what is written about water is ontological coaching:  water emotion, so important as water technology, though almost nobody believes it yet.
The data at the end of January indicate that the reservoirs are at 25% capacity and only 55% of the inhabitants of the City are spending less than 87 liters a day, while in a few days they should consume almost the half. The managers, as always, make a call to the commitment of users to save, reuse or evaporate themselves. But users will only commit if they have confidence in water managers. That is the pending subject worldwide.
Things do not look well at all, due to the managers' previous bet to solve the problem only with a supply solution, building nothing more -and nothing less- than 44 reservoirs, with a combined capacity of almost 2,000 hm³ destined to supply Western Cape region, whose capital is Cape Town. There the people are, and therefore, there the problem lies. The fact that the current circumstances cause the announced catastrophe and that the alternative measures to have water (desalination, reuse and wells), are still in execution phase, but with no possibility of ending before day zero, is what greatly limits people's confidence in those managers and, therefore, weakens their commitment. It's known that Western Cape has a perfect climate and a wonderful scenery, making it a magnet for tourists, visitors and residents.
It has the most recognized schools and universities in the African continent and countless companies and research centers. This attractiveness -in all senses of the word-, has led to the emergence of the greatest enemy for water managers, of which few og them speak about: the overpopulation is already a fact, its inhabitants having grown from 4.5 million in 2001 to more than 6 million in 2014 -including the arrival of more than 300,000 fellow citizens  from other less privileged regions in the country. If the trend goes on, it will be necessary to give water, supply industries, water gardens, fill swimming pools and sanitize the waters of almost 7 million people within only six years. When blaming only climate change and waste of users, it would also be appropriate to take into account a double additional factor: immigration, combined with the solution that gave rise to a terrible political and social situation: the Apartheid. Let's see why.
Not only tourism, climate and beauty of the area attracts visitors. Everything began with the end of the "Apartheid" regime and the therefore challenge of the country to achieve enough economic growth to reduce unemployment and poverty. Until the end of the 19th century, black South Africans  could not live in the region. Water services, like the rest of the services, were designed to meet the needs of the white population, the only one with the right to own a home. Until 1985 the so-called Colored Labor Preference Policy did not allow black people to work in Cape Town, except for a few exceptions regulated in the "Pass laws", being severe access controls for them, which could only enter the city with a special legal authorization. A small part had the right to reside and work, while the vast majority were illegal residents, who were exploited and lived where they could - without  any amenity or  service, in marginal ghettos that spread from the margins of roads and highways towards the city. The sanitation and drainage networks were collapsed and, as expected, there was a social explosion of colossal proportions. Fortunately, Apartheid was abolished and after the happiness explosion among those affected, the harsh reality was imposed: adequate urban planning had to be carried out to fill the existing gaps,  and to design and to build the necessary infrastructures to take on this challenge. The State, obviously, was not ready for it, what generated even more violence.
So we find that 65% of the inhabitants of the province live in the city, with enormous prospects for growth in the near future. At the same time, the effort to promote tourism has paid off and more and more people visit and choose this destination as one of the main tourism spots in Africa.
Before the drought, urban consumption was about 300 liters per person a day, the commitment for water saving was zero and the pedagogy of saving, nonexistent. Try to grow it now in a few months; it's a task for cyclops.
The immediate solution is to look for supply alternatives, extracting the water from other places: in the same way that the province was filled with reservoirs in the past, now it is being filled with desalination plants and wells, betting on the reuse: the usual in this cases.

This article is part of the Global UrbanTIC® and Smart Cities Certification Program is designed to fill the current gap between the two most influential groups in Smart City systems implementation; it puts both city management professionals and technological entrepreneurs in contact, developing a common language in order to promote innovation in the current development of cities.

BECOME A SMART CITY  MANAGER AND GET THE SKILLS AND COMPETENCES TO TAKE DECISIONS IN A TERRITORIAL LEVEL.

Technologies and project delivery process within the AECO industry, BIM is one of the most notable one, with its ability to reduce project time delays, cost over runs and litigations.