The most attended Tecnical Summit was held in Barcelona, with more than 300 attendees, 14 companies and 32 nations represented

Country: Spain
Barcelona was the chosen city to host the last buildingSMART's Technical Summit, where members from all the chapters got reunited to work in several Technical and User Rooms, presenting information about the most recent standards, processes, tools, and projects.

This International Summit, hosted by the  Spanish Chapter, got together over twice as many people as usual, with 318 attendees, a 220% increase in only 1 year. There were, at least, 32 nations represented and more than 140 companies, discussing about the last railway, harbor and airport clients, hospital owners, construction and design engineers, product manufacturers, software, property developers updates and much more topics.

We've been talking with some of the key figures of buildingSMART to know what they are working on right now. In this video abstract, you'll find some of the people we've been with, but we will be publishing all the interviews in BIMCommunity the following weeks.

Yannick Vos, from the Schipol Group and Rob Roef, from Construsoft are leading the Airport Room, working in the development of international standards for this kind of infrastructure. This is one of the newest Rooms but it roused an important interest to the attendees of the Summit.

William Lau T Y, representing the buildingSMART Singapore Chapter, explained how is he working to help the incoming buidlingSMART members and how are they managing in his country to introduce IT in the construction sector.

Sarah Merz attended the Summit representing the German Chapter for the BIM certification. She explains how they are working on getting an international standard of certification for individuals.

Risto Vahenurm came from Estonia as an observer in the Nordic Chapter, integrated for Finland, Sweeden and Denmark.

Tiina Perttula, from Finland, is member of the Infraroom and part of the the Infraroom's Steering Committee. She has explained to us what are they working in at this moment with some of the huge ongoing projects.

Jesús Valderrama and Francisco Navarrete are sharing their progress with the international teams, with the aim to work in the buildingSMSART's common framework and to participate in the IFC Road development.

Richard Petrie, Chief Executive of buildingSMART International, talks about the different buildingSMART's Rooms and what are they working on right now.

Birgitta Foster, from the Standard Committee Executive, explains how they manage to get people involved, both on a local level and through the chapters.

Mark Baldwin, from the buildingSMART People Compliance tells us about the certification program, where there are 8 chapters participating right now.

Tai Fatt Cheng, from the Building Construction Academy (BCA), explains what did he feel when he got one of the Fellowship Awards that buildingSMART gave to those professionals that have been working in the institution for more than 20 years.

Christopher Groome, from the UK Chapter reflects on the situation of BIM in the industry, asking for a huge 'push!'

All these activities and meetings were located in CAATEEB and in ROCA Barcelona Gallery and hosted, as said before, for the buildingSMART Spanish Chapter 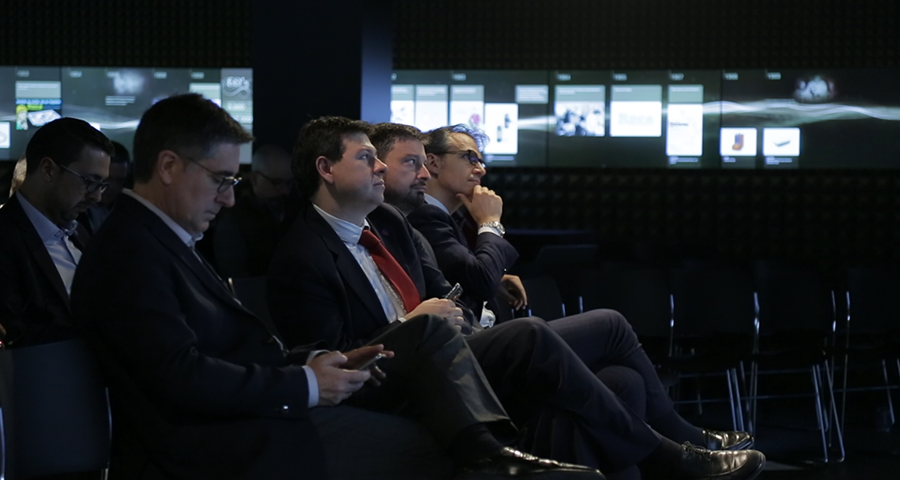